One of Franklin’s ships found 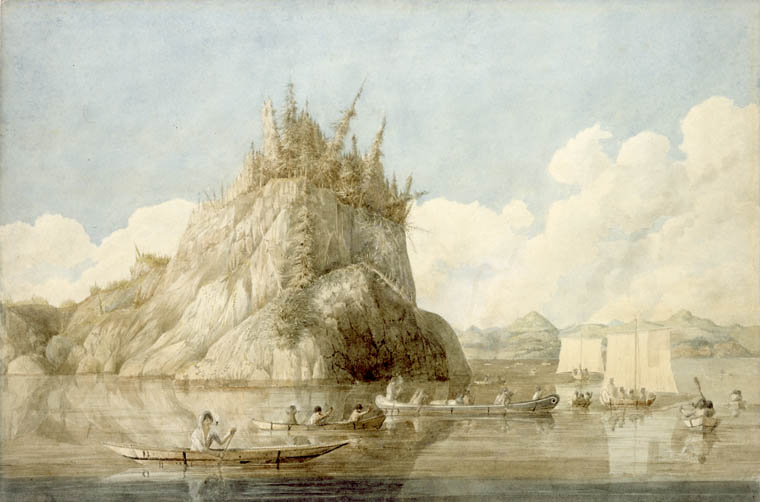 Prime Minister Stephen Harper said one of Franklin’s lost ships was found a day after revealing the discovery of the first artifacts from the doomed mission to be found in modern times.

Harper released a statement Tuesday morning on his website explaining his excitement for the discovery and how it came about.

“This is truly a historic moment for Canada,” he said. “Franklin’s ships are an important part of Canadian history given that his expeditions, which took place nearly 200 years ago, laid the foundation of Canada’s Arctic sovereignty.”

It’s still unknown if the ship uncovered Sept. 7 is the HMS Erebus or HMS Terror, however there is enough information to confirm its authenticity, said the prime minister.

Skulls of members of the Franklin Expedition discovered and buried by William Skinner and Paddy Gibson.
/ Public Archives of Canada

The location of the ship is not too far from where the Inuit’s reported its last sighting in late 1800s.

Harper took a moment to thank and pay tribute to, “all partners involved in this years momentous Victoria Strait Expedition, including Parks Canada, the Royal Canadian Geography Society (RCGS), the Arctic Research Foundation (ARF), the Canadian Coast Guard (CCG), the Royal Canadian Navy and the Government of Nunavut.”

The doomed arctic voyage by Sir John Franklin, which took place about 169 years ago, has been a major mystery of Canadian history. The entire expedition, including Franklin and 128 men, was lost after trying to find the North-West Passage.

Hypothermia, starvation, lead poisoning and scurvy are considered to be what caused most of the men’s deaths. It is also believed that because of starvation some turned to cannibalism.

Since then many searches have been conducted in order to find a trace of the voyage, but this is the largest discovery yet.