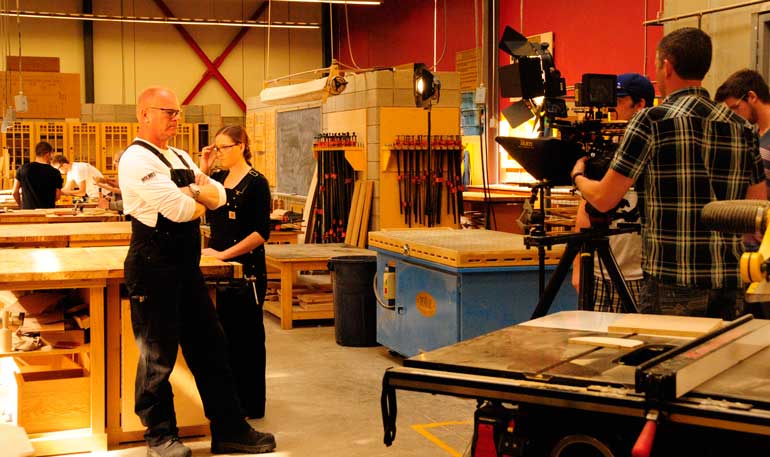 By Aabida Dhanji and Casey Taylor

Celebrity handyman Mike Holmes was filming public service announcements at the Humber College Centre for Trades and Technology on Thursday.

Humber News reporters Aabida Dhanji and Casey Taylor talked with Holmes about his presence on campus.

Holmes is the well known television host of construction and renovation shows such as Holmes on Homes, Holmes Inspection and more.

Holmes said he is trying to push people, specifically women in the right direction and help them get in the trades.

He said he chose Humber as the location for shooting the announcements because he wanted to be able to show skilled trades in the background.

Holmes is the ambassador of World Skills and Skills Canada.