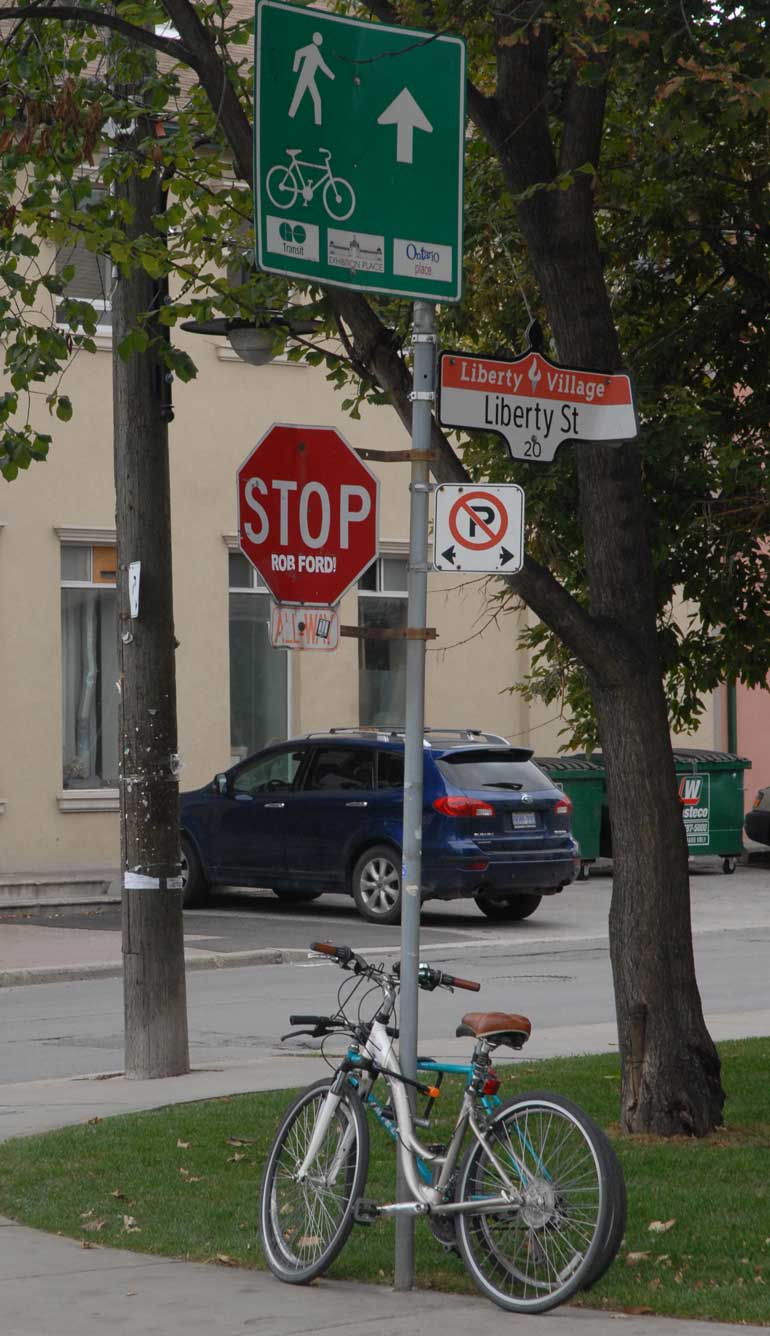 Liberty Village may becoming an easier destination to commute from.

Toronto is notorious for it’s lengthy commutes, but a group of entrepreneurs are providing Torontonians with an alternative.

“Depending on the time of day and the weather, King St. can be crazy busy,” said Meghan Hemphill, a Liberty Village resident.

Getting on the 504 King St. streetcar can be a grueling process of walking, waiting and ending up with an uncomfortably crammed ride. But Brett Chang hopes to change that by putting transportation routes into the hands of commuters.

“LineSix is a transportation and crowd funding platform where a lot of residents commuting in the city, traveling together from point A to B, can organize and fund their own transit route,” said Brett Chang, the co-founder of LineSix.

LineSix will start its first bus route operating from Oct. 6 to 10 that will give commuters an affordable and reliable option commute from Liberty Village to Union Station. The first ride is already 88 per cent funded and seems to have a promising future.

“Anyone on who lives on either the western or eastern side of the city knows it’s very difficult to get to one side or the other,” said Chang. “We think there is a lot of people travelling in between these areas, and they should be allowed to have accessible transit.”

“So, hopefully we can provide this because we think its fundamentally wrong that people are limited in terms of opportunity based off of where they live,” said Chang.

Since the TTC has a running monopoly of transit in Toronto, LineSix seems to be operating in a bit of a grey area.

“The way we operate is that we are a technology company. We don’t own or operate the buses,” said Chang. “We simply pool everyone’s money together and then charter the bus for them. No different then a school or church group.”

And the new crowd sharing charter has the TTC watching.

“We are essentially monitoring the issue and its legalities,” said Jessica Martin, the TTC communications advisor.

The TTC agrees that King St. is over-congested but are not convinced LineSix is the solution.

“We understand that King St. is our busiest line, carrying about 60, 000 people a day, but adding more buses also increases congestion. Instead of waiting on a streetcar, you will be waiting on a bus,” Martin said.

LineSix is intending to take an alternative route. It seems that many residents in Liberty Village are very open and excited about the idea of an alternative transportation option.

“Yes! I have heard about that,” said Carol Smith, a commuter on King St. “I think it’s a great idea and is something that I will be looking into.”

To get involved with LineSix you have to donate a minimum $25 contribution to reserve a seat on their bus for the week’s morning commute.

To get involved you can visit their site at www.ridelinesix.com