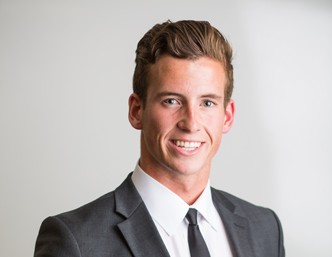 Get to know your HSF presidential candidates before voting booths open this Friday. In the second installment of our series, Humber News interviewed candidate Thomas Walton.

Walton is currently a second-year student in the Bachelors of Commerce International Business program at the Lakeshore campus. Walton said he chose Humber because of its internship opportunities and recommendations from friends.

He decided to run as the Humber Students’ Federation president after analyzing the disqualification of incumbent president and then-candidate Tim Brilhante in the spring election. “I want to be able to run for president and ensure that something like that doesn’t happen,” said Walton.

He has a passion for renewable energy and is a co-founder of Massey Walton Energy Systems, a company that sells renewable energy technology. His business partner Murray Massey takes care of the science side and Walton the business side.

If Walton is elected, he plans on introducing renewable energy alternatives to Humber. He believes this will lower student fees in the long run.

“When Humber College spends some money on renewable energy products, it’s natural,” said Walton. “Humber College does have the money to do so, and it doesn’t come out of students’ pockets.”

If elected, he says he would like to run HSF with efficiency in a family-like environment. He knows that the presidential term is shorter, given last semester’s election controversy. “Coming in [late] as president, you cannot operate as much as you want to,” said Walton. “I’m willing to sit on the side in a sense and operate on what HSF has already set.”

HSF will hold a candidates forum at the North campus on Tuesday, and voting will begin Friday, September 26.