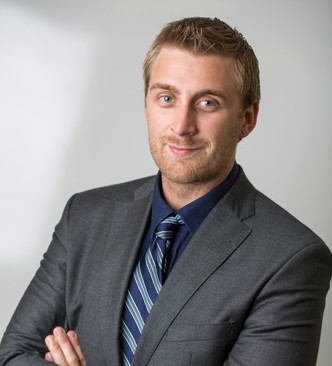 Shawn Manahan, 25, is in his third year of Business Administration at the North campus.

This is the third year Manahan has run for Humber Students’ Federation president and he hopes that this is the year he officially wins. He was previously elected president — after the disqualification of Tim Brilhante — in early March. However, students voted against ratifying his presidency at last year’s Annual General meeting, resulting in this by-election. With all the other candidates having less campaign experience than him, it gives him a slight advantage, he told Humber News. The controversy also got his name out there and made more people aware of HSF, said Manahan.

“Biggest thing is communication,” said Manahan when asked about what he plans on improving if he wins. He said he plans on making students at Humber College more aware of what’s going on and what HSF has to offer them.

“There are people in my third year class that don’t even know we have dental,” he added.

Another problem he plans on tackling is dealing with different issues separately.

“Everyone deserves to be treated equally, and different groups have different problems and issues they face,” he told Humber News.

Shawn also intends on making HSF resources more available to students. HSF is employed by students and what they are doing for students is extremely important, he said.