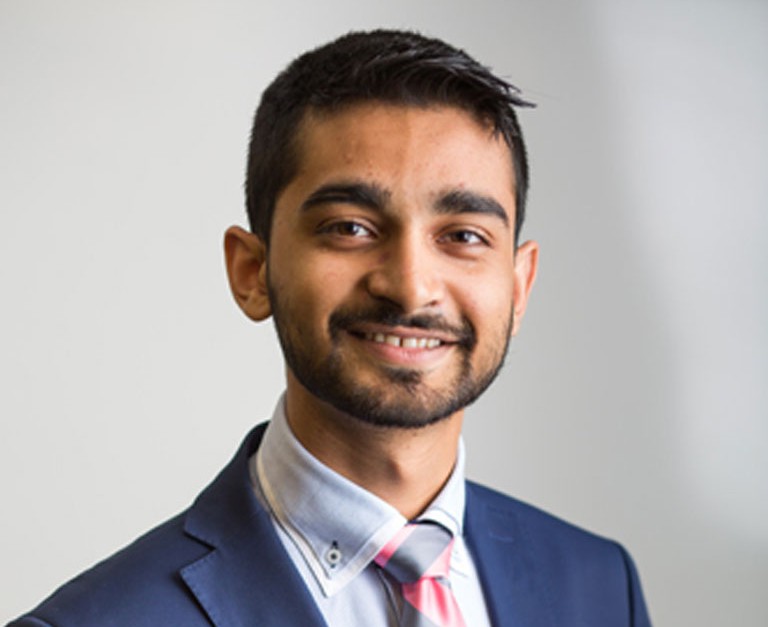 Get to know your HSF presidential candidates before voting booths open this Friday. The first installment of our series, Humber News interviewed candidate Ali Zaidi.

Ali Zaidi, 22, is a fourth-year Humber student from Brampton, Ont. Zaidi spent two years in the Humber accounting program, and is currently enrolled in the Paralegal Education program at the North campus. Zaidi has been an HSF customer service representative for the past three years, and is running for HSF presidency for the first time. His role model, Muhammad Ali Jinnah, who was a lawyer and the founding father of Pakistan, inspired Zaidi to utilize his law and accounting knowledge in his presidential campaign.

“I want to have a position where I can have a greater impact on enhancing students’ experience on campus and advocating their concerns to the respective parties,” Zaidi’s post on the HSF website reads.

Zaidi is making decisions based on students’ priorities and accessibility. His platform list entails cheaper parking, and will include printing stations and charging stations where students can go to charge their cellphones and laptops.

According to Zaidi, 98 per cent of 200 Humber students polled said they want parking services to improve pricing and availability. His main priority is to help students save money.

Zaidi also wishes to improve on the lack of ATMs as well as the lack of study spaces around Humber’s campus.

The lack of healthy and affordable food choices also inspired Zaidi to get Humber’s culinary program involved. “I want to work with the food program, and help them market their product,” says Zaidi.

Although the culinary program does sell its food at Humber, Zaidi would like to capitalize on healthier and cheaper food choices.

HSF will hold a Candidates Forum at the North campus on Tuesday, and voting will begin Friday, September 26.