Hazing not a problem at Humber 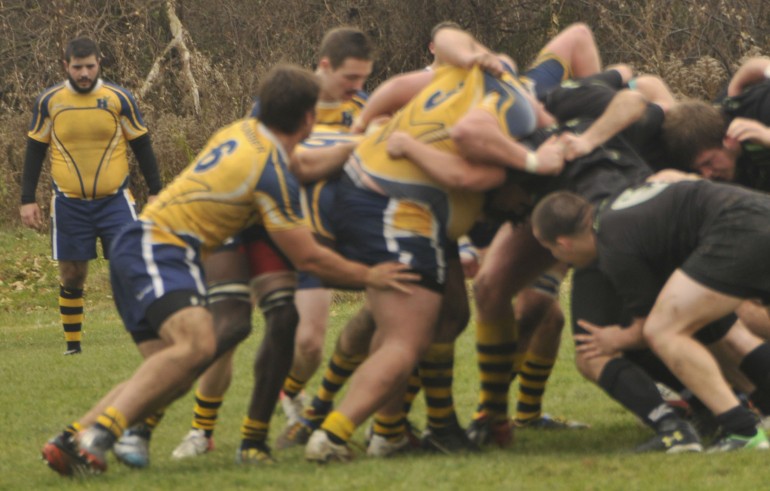 Dalhousie University suspended its men’s rugby team after an employee made a hazing complaint to the school.

The university has forbidden the team from renting out school space, receiving university funding and wearing school colours, according to a statement posted on the school website. The school did not announce the details of the hazing but has stated that an investigation is on-going.

Dalhousie recently suspended 19 members of its women’s hockey team, resulting in the end of the team’s 2013 season. The only players not suspended were first year students.

And while hazing is considered a tradition for some teams, the Humber College student code of conduct strictly prohibits it.

Ray Chateau, director of Athletics at Humber, said “we spell it out in the orientation: no hazing permitted. We have very good communication with the athletes and expectations are set.”

In all the years that Chateau has been a member of Humber staff he said he never had to deal with anything of that sort.

However, coaches and staff members don’t often know what players are doing when they are not around.

“We have selected captains who we can trust and have a close relationship with,” added the former Humber rugby player. As for the overall act of hazing, Rose-Green said it’s not a good way to introduce rookies to the team and it doesn’t help with the transition.

Justin Graham, second year fitness and health promotion student, liked his experience as a rookie last year and said it was really good.

“Humber College is nothing like that (Dalhousie University), and I never felt hazed,” Graham said.

The women’s rugby team, who were undefeated last year, also rely on the captains to set good examples. Co-captains Marie Balzan and Robynn Graham agree that it’s their responsibility to insure nobody on the team feels hazed.

As for rookie players they should, “know that they are part of the team, and shouldn’t feel picked on,” said Balzan, a fourth-year Kinesiology student.