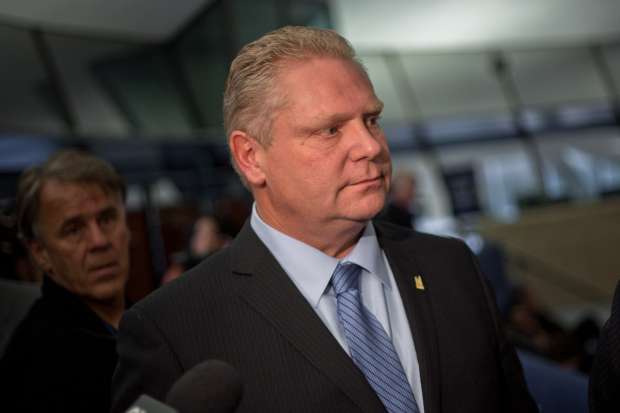 By: Jesse Noseworthy and Casey Taylor

Toronto mayoral candidate, Doug Ford, has dropped out of today’s mayoral debate. It marked the first rematch for Doug Ford, Olivia Chow and John Tory since Tuesday’s raucous contest that saw a shouting match between candidates and supporters.

Ford dropped out of the debate shortly before its start, claiming in a statement, that it was too expensive for the average person to attend.

Ford Nation is scheduled to host an event next Monday where ticket prices are slated at $750.

Fellow mayoral candidate, Jonn Tory, had previously stated that he’d only participate in a debate where his counterpart, Doug Ford, attended.

“He’s a chicken,” Tory told reporters as he walked into the Empire Club of Canada. “Colonel Sanders should be looking for him.”

“Bullies’ only show up when they can win,” Amanda Galbraith, spokesperson for Tory’s campaign, told CP24.