CIS basketball responds to racism in the NBA 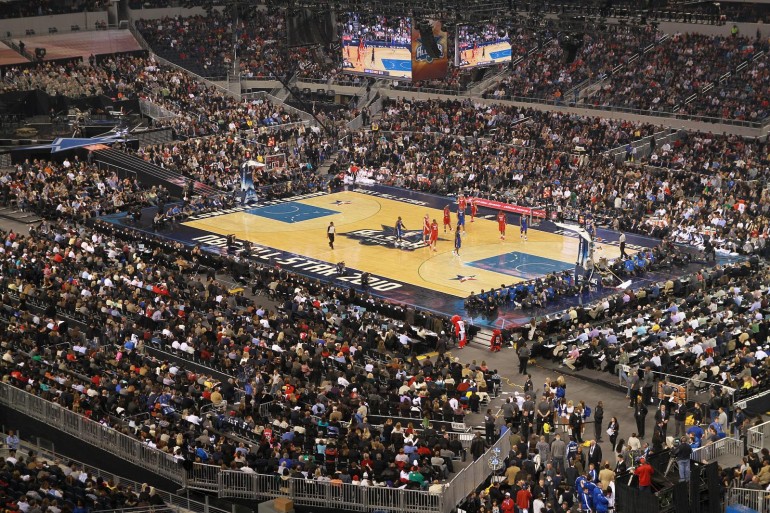 NBA ALL STAR GAME (Photo By Rondo Estrello via Flickr)

In a June conference call involving Ferry, team ownership and management, the manager described Deng as having “some African in him.”

While discussing his new franchise player with NBA officials, Ferry is quoted as saying, “He’s a good guy overall, but he’s not perfect… He’s got some African in him…and I don’t say that in a bad way.”

NBA Commissioner Adam Silver does not believe Ferry should be fired for these comments because Ferry was “reading off of a scouting report” while on the call.

However, not everyone believes Ferry is being honest, said Tom Oliveri, head coach of the York Lions varsity CIS men’s basketball team.

“Racism in the NBA is unfortunately on a large scale,” he said.

“In a league as multicultural as the NBA, there is no room for racism, period.”

“We are so blessed to live in such a multicultural society and it is disappointing we still have to deal with race,” Oliveri said. “These guys should be judged for what they can do on the court and not for the colour of their skin or ethnicity. I think one way we can overcome these trials are through education at an early age.”

Ferry has taken an “indefinite leave of absence,” a less harsh punishment than what Sterling had to do.

“In a league as multicultural as the NBA, there is no room for racism, period,” said Shacier Locke, power forward of Cape Breton’s men’s basketball team.

“Adam Silver needs to act on this as soon as possible,” the Capers star said.

“It is possible the league can lose viewers and sales if they are thought of as a racist league for not taking this seriously,” Locke said. “My teammates and I have not been affected by something like this but it hurts to see the game I love go through this repeatedly.”

With this new racist statement coming to light, lovers of the game are beginning to question what exactly is going on behind the scenes in the NBA.

“It just goes to show that society has been constructed in a way where the black man is still inferior to the white man regardless of economic status,” said Joshua Alferez, a York University kinesiology student who works with athletes on a day to day basis.

“Although Ferry is just one person, he represents one of many who think the same way, exactly like Donald Sterling,” he said.

“The truth is slowly coming out about what management actually thinks about their players,” Alferez said.

The NBA has yet to produce the original source of the tape between Ferry and his colleagues.

When the lifetime ban was dropped on Sterling, the NBA commissioner was clear about where he stood.

“Sentiments of this kind are contrary to the principles of inclusion and respect that form the foundation of our diverse, multicultural and multiethnic league,” Silver said in April.

But his passiveness in dealing with Ferry’s case may make fans of the game question the NBA’s resolve in ending racism.