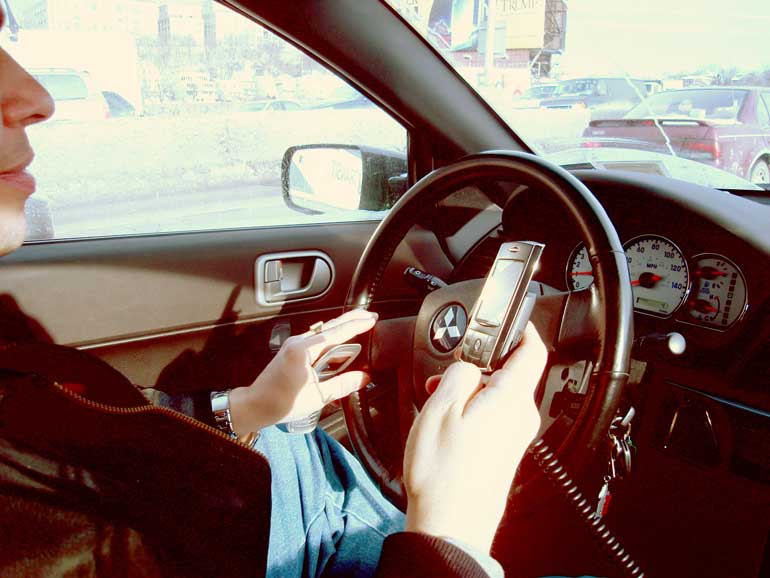 More than 30 per cent of Canadians admitted to checking their cell phone while stopped at a red light, according to an Allstate survey released today.

The Allstate Canada online survey conducted by Leger reached 1,218 Canadians over the age of 18 with a cell phone and a driver’s license.

Texting while driving is a provincial offense under the Highway Traffic Act that is only enforced by the police, Rob Kilfoyle, director of Safety and Emergency Management at Humber, told Humber News.

The survey revealed the top reason for texting or calling while stopped at a red light was to respond to a spouse or family member.

“When drivers are stopped they tend to pay less attention to the road and this is when collisions happen,” said Bob Annan, a retired police officer and cofounder of Accident Awareness, in a media release. “Whether you’re driving down a highway or stuck at a red light, it’s never safe to use your phone while driving.”

A 2011 Transport Canada report found more than 40 per cent of all motor vehicle collisions happen in or around intersections.

Canadian drivers were also asked what would motivate them to stop checking their cell phones while driving. A total of 40 per cent of drivers said injuring others or themselves would be the biggest motivating factor.

Receiving a fine as a result of using their phone came in second place at 33 percent, while 32 per cent of drivers said they would stop if they lost their license, the poll said.

A difference in gender also affected the results as men were more likely to make a quick call while waiting at a red light. The results show 10 per cent of men make quick calls versus seven per cent of women, the poll showed.

At the moment, Humber does not have programs focused on encouraging students to stop texting or calling while driving.

“The issue of distracted driving or texting does not fall under Humber’s jurisdiction,” said Kilfoyle.

Although, Humber North Campus does partner up every year with the police to host the annual provincial launch of R.I.D.E., he said.

The sample was weighted by age, gender and region. The online survey was conducted between Aug. 18 and Aug. 21.

Humber News conducted a unscientific survey today asking 50 students at North Campus if they checked their phone while stopped at a red light. A total of 30 students said “yes” while 20 said “no”.