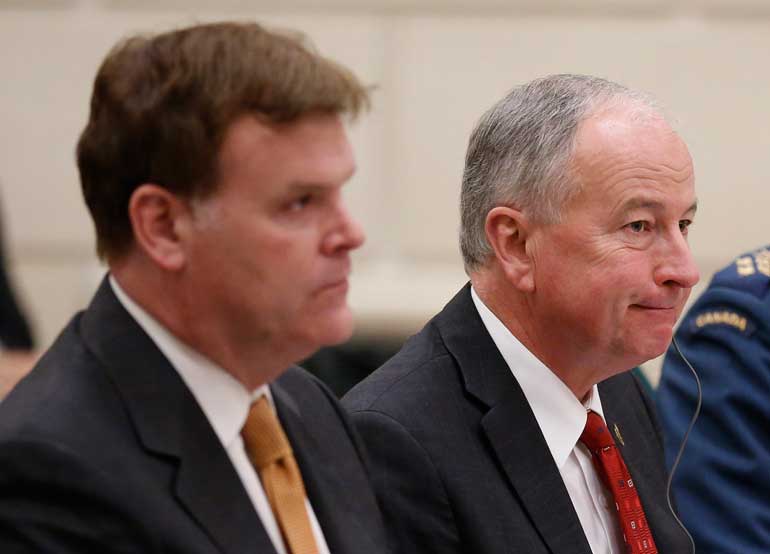 Canadian Foreign Affairs Minister confirmed today that Canada will be providing humanitarian aid while keeping full control of their troops.

Earlier last week Prime Minister Stephen Harper announced Canada would be sending troops to Iraq. The goal is to send military personnel from the Canadian Special Operations Regiment for 30 days, he said.

The special operation forces will not be engaging into battle, said a spokesman for the prime minister. Instead, they will be providing “strategic and tactical counsel” to Iraqi forces, said Jason MacDonald who is the Director of Communications for Harper.

Canada plans on providing humanitarian aid to help Iraqi victims, said Baird. This will be in addition to the $15 million that Canada has pledged for helmets, armor and vehicles, he said.

Baird and Nicholson reassured the MPs that Canadian troops will not directly participate in violent behavior. The Chief of Defense Staff will be in full control of the troops and work along U.S and United Kingdom armed forces, said Nicholson.

Upon completing 30 days in Iraq, the government will provide a reassessment and determine if the mission needs to be extended.