B.C. teachers’ strike may be nearing its end 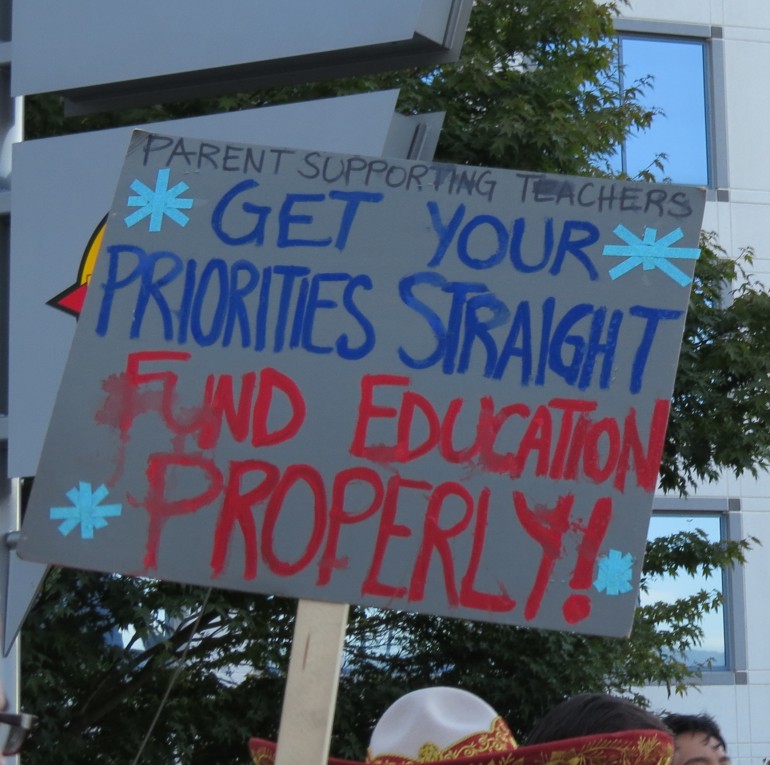 Hopes are high that the tentative deal between the British Columbia Teachers’ Federation and the government will be ratified on Thursday.

Details of the agreement have not been released yet but many parents are hoping their kids will be back in school next Monday.

“I have a daughter in grade 11 who lost three weeks of school and these are the years where your marks count,” Claudia Ferris, a B.C. parent herself and a communication coordinator for the Vancouver District Parent Advisory Council (DPAC) told Humber News on Tuesday.

The breakthrough came on the fifth day of the latest round of negotiations, which was far too long for some.

“There should have been a tentative deal sooner,” said Ferris. “Lots of game playing.”

“The government is resisting funding,” said Ferris. “As a parent I was appalled that they would treat our valued employees like that.”

But many parents were angry when the B.C. elementary and high school teachers launched a full blown strike two weeks before summer break.

“Parents that work minimum wage are not going to feel sorry for the teachers. They just want their kids back in school,” said Ferris.

The strike was being closely watched in Ontario, where the Elementary Teachers Federation of Ontario (ETFO) donated one million dollars to B.C. teachers.

“The government wanted the teachers to set aside the two decisions of the Supreme Court and wanted to bargain,” she said.

The B.C. teachers’ legal challenge against the government began in 2011. They argued that their negotiation rights dealing with class size and special needs students, outlined in the collective bargaining agreement, were stripped away by the government.

The Supreme Court of Canada held that collective bargaining was protected.

“Things have been steadily cut since then,” said Ferris. “Class sizes have got bigger.”

“I remember my daughter in grade four with 32 kids in the classroom and five were kids with special needs,” said Ferris.

“It wasn’t a great learning situation,” she said.

To many Ontario teachers the incident is all too familiar.

“Our memory was fresh about Bill 115 and how under Dalton McGuinty’s government the same exact thing happened,” said Swackhammer. “They passed the law that took away things that were in our collective agreement that we bargained for decades ago.”

“We are all supportive of B.C. teachers,” she said.