Am I Next? Social media raising awareness for missing and murdered women 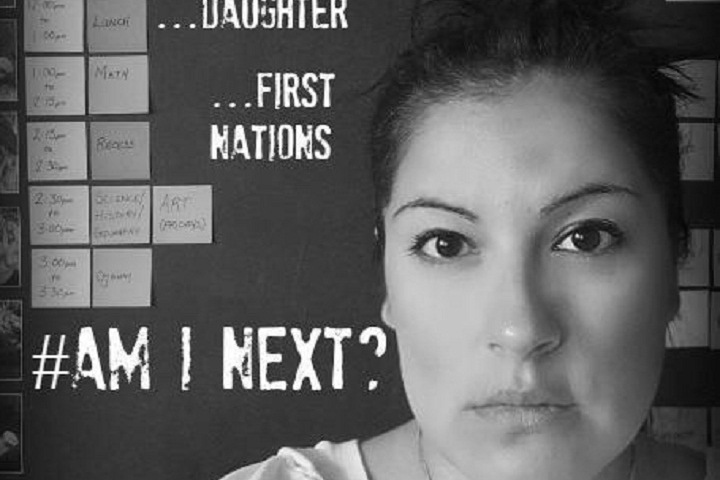 A social media initiative called “Am I Next?” is being brought on by Aboriginal women of Canada and is looking for one thing: getting Prime Minister Stephen Harper’s attention.

At least 1,200 Aboriginal women are missing or have been murdered, according to a 2014 RCMP report. The aim is to get the federal government to launch a national inquiry into the issue.

To spur the government on, Aboriginal women have been putting up photos of themselves with signs asking the question and using the hashtag #AmINext and posting them online.

#AmINext for missing and murdered aboriginal women, and for my hometown girl Loretta Saunders pic.twitter.com/Q7U6CO1Xxf

Holly Jarrett launched the initiative after her cousin Loretta Saunders was murdered earlier this year in Halifax. Saunders had been working on a thesis on missing and murdered aboriginal women at the time of her death.

Jarrett could not be contacted for interview.

Harper declined a national inquiry in the deaths of indigenous women saying it should be treated as crimes and investigated by the police.

“We should not view this as a sociological problem,” he said recently.

The call for an inquiry became louder recently after the body of 15-year-old Tina Fontaine was found in the Red River in Winnipeg. Her killer remains at large.

The campaign has been receiving positive reviews online from many people, and has gotten the approval from other organizations.

Aboriginal women across Canada are posting photos to raise awareness of missing and murdered indigenous women. PHOTO BY:

“Often times we don’t have our own representation as indigenous peoples in the media and that includes pictures of us. I think that it is really powerful,” said Konsmo.

She has also seen a different approach to the campaign, which she describes as “powerful.”

“There have been images that come out that say ‘I’m Not Next’ that I’ve seen from indigenous women as well, I find that really important as well, that they’ve changed the message to say ‘This isn’t going to happen to me’ and ‘I’m pushing back,’” Konsmo said.

Not only has this campaign drawn people for the awareness of missing and murdered indigenous women, but many people have joined this campaign for personal reasons as well.

Ashley Lamothe has participated after her Montreal cousin was one of the murdered.

“I spent a good chunk of my life wondering what happened to her. It wasn’t until the last five years we actually found out that she was in fact murdered and we still to this day have no idea what happened,” said Lamothe.

“As a family, we spent so many years wondering what had happened. And even to this day, not knowing what exactly happened,” she said. “So that was my primary reason.”