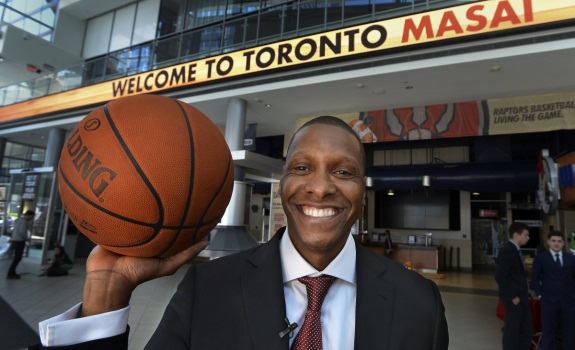 In a dynamic attempt to motivate the crowd, Ujiri uttered “F— Brooklyn” prior to tip-off. Subsequently, the Raptors GM apologized for his remarks at half time referring to his comments as the wrong choice of words.

Sportsnet Fan 590 reporter, Megan Robinson, told Humber News that while Ujiri didn’t use the best choice of words, his comments highlighted the GM’s passion for the club.

“Granted, it’s rare a general manager in any sport uses such profanity in a public setting in front of fans, it likely came earnestly from a place of pride and excitement,” Robinson said.

“He cares about the team in the locker room and his team supports his comments, however players are ready to move on from it.”

The tension between both teams increased over the past few weeks, especially with the belief that the Nets casually lost their final two regular season games, as they preferred a match-up with the inexperienced Raptors.

Still, while some may classify the fine as harsh, the NBA is renowned for implementing punishment for explicit language. Boston Celtics forward Gerald Wallace was fined $10,000 for using profanity in a post-match interview, following a loss to the Houston earlier this season. Meanwhile, Los Angeles Clippers forward Matt Barnes was fined for explicit language via social media subsequent to his ejection against the Oklahoma City Thunder.

“While I understand what Ujiri was trying to accomplish, you cannot use that kind of language in a public forum,” Walton said.

“Young people look up to those who have status and they have to set the example for them. The NBA got it right by fining him because that behavior cannot be tolerated.”

Ujiri’s Raptors will be looking to avenge their 94-87 Game 1 defeat as the series resumes tonight at the Air Canada Centre.