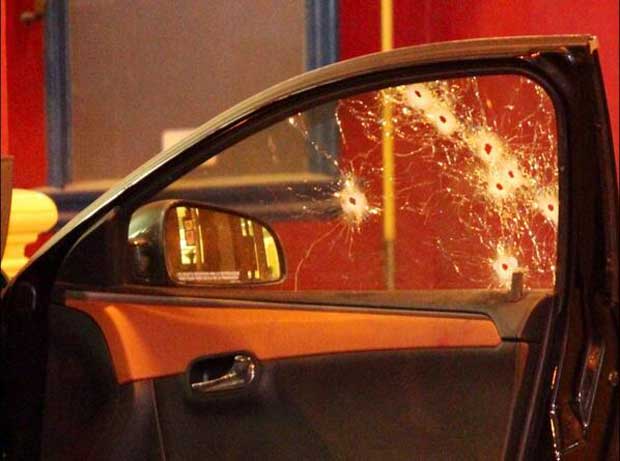 Toronto Police are investigating an early morning downtown car chase and shooting that has left one man dead.

Police were first called to the scene at Mutual Street and Gerard Street East, near Ryerson University, around 2:20 a.m. Friday for reports of multiple gunshots.  After the initial shooting, the victims took off in a black Chevrolet Malibu and were pursued by the suspects in a sport utility vehicle. They drove to Carlton Street and Parliament Street where the black Malibu crashed into a pole, ending the chase. Multiple bullet shell casings were found at both scenes.

The man driving the car was found without vital signs and rushed to the hospital where he was later pronounced dead. He suffered multiple gun shot wounds. Police have identified the victim as 25-year-old Shmar Parris, Toronto’s seventeenth homicide of the year.

There were two other people in the car, but they had fled the scene by the time emergency personnel arrived. An unidentified woman suffered a non fatal upper body gun shot wound and a man with no serious injuries. The woman took a taxi to the hospital and the man was found later in the area.

Police say the victims were chased by the suspects in a light colour SUV, last seen fleeing westbound on the Gardiner Expressway. The vehicle likely has some damage to the right side after crashing into the expressway’s concrete wall. It is not known how many people were in the vehicle.

Ryan said Parris was known to police, but wouldn’t give details on how. The victims are believed to have been targeted.

Toronto Police have confirmed reports that Parris was a rapper under the name Murda Marz. Condolence messages started pouring in on Twitter early Friday morning following the shooting.

In 2011 Murda Marz collaborated with hip hop artist JRDN on a song called Broken. JRDN tweeted his condolences and posted a photo on Instagram.