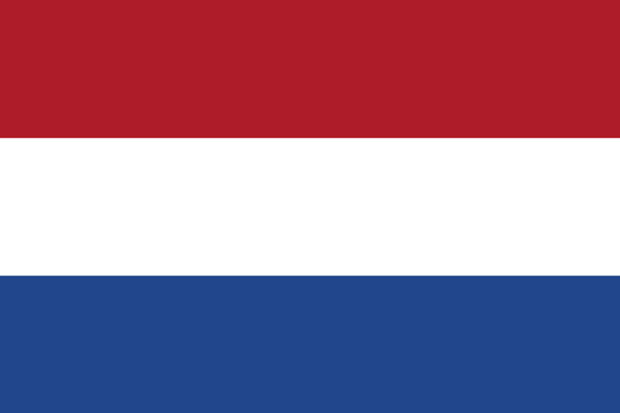 “They lose the game mentally before they go out there on the pitch,” said Brendan Dunlop.

“Unfortunately, I see the exact same fate for the Netherlands. I don’t see them getting close to the finals as they did four years ago.”

The 2010 World Cup runner-ups will face the same team they lost the trophy to, Spain, in their opening game in Brazil. This will be a rematch they will want to take advantage of.

As a nation, the Netherlands has been rather unfortunate not to have won the trophy that means the most to any professional footballer. They have one of the most dynamic squads and a tactical mastermind in head coach, Louis van Gaal.

“They certainly look destined for a successful run in Brazil as evidence from qualifiers,” said Dan Riccio.

“Nine wins out of ten in of their qualifying games. They scored 34 goals, which was out of this world because you know they’ve always got goals in them.”

They breezed through the qualifying rounds, earning 28 points out of a possible 30. Defensively, they were sound, allowing only 5 goals in 10 matches. There is no doubt this nation’s strengths lie in its attack. They scored an astonishing 34 goals, with an average of 3 per game in qualifiers. Their most lopsided win came against Hungary, in an 8-1 contest.

The Dutch simply score effortlessly; their potent attacking force will prove to be their biggest asset. With the likes of Manchester United’s Robin van Persie, Bayern Munich’s Arjen Robben, and FC Schalke’s Klaas-Jan Huntelaar, the Dutch are menacing from long range, with a lot of their goals coming from outside the penalty box.

With Kevin Strootman most likely to miss the World Cup due to an injury, van Gaal will most likely look to Chelsea defensive midfielder Marco van Ginkel, to reinforce a feeble defence.

“It seems to me that the Dutch more than anybody else have real issues of getting along together,” said Dunlop.

The weakness in this team lies not on the pitch, but in their top players and what goes on behind the scenes. The egos and mental strength is what breaks apart this team. The 2012 Euro Cup is the perfect example of how egos destroyed them. If they wish to emulate their performances from the 2010 World Cup, they must leave their egos “by the door” as they say, and let their play measure up on the pitch.

“When you have an Arjen Robben and you have a Robin van Persie and all of those guys, Wesley Sneijder as well. You saw it in the 2012 Euro Cup that was their biggest downfall. They just crumbled. It always seems to be a problem for them, but, something about them this year looks like they are on the same page, and their qualifying stages certainly led to that belief.”

How far this team gets depends all on them. As one of the favourites,  the Dutch are expected to get deep into the tournament. Anything besides a semi-final or even a finals appearance will be classified a failure. But, with the quality and the improvement other nations (Germany, Spain, Argentina, Brazil) have made, it will be very daunting for them to achieve that.