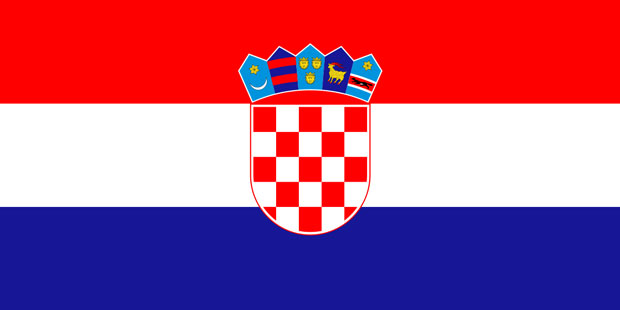 Croatia is not a team any soccer analyst will be looking at to make a big impact when the festivities of the World Cup get under way in June. The third best team at France 1998 have not been as dominant in recent tournaments. Prior to the Brazil 2014 World Cup, Croatia were unable to get out of the group stages in both 2002 and 2006, and failed to qualify for the 2010 World Cup hosted in South Africa.

Croatia endured a rather lacklustre World Cup qualifying campaign, in a group with the likes of Belgium, Wales, Serbia, Macedonia and Scotland. They had a record of five wins, two ties, and three losses. They lost twice to Scotland (1-0 and 2-0), who failed to make it out of the group, and lost 2-1 to Belgium.

“They’ve got one of the best players in the world in Luka Modric. I think he is a fantastic player, but I think this is a very difficult group for them,” said Kristian Jack.

“The fact that they have to play the host in the first game is going to be very difficult. What are they going to do in that game? They are not even going to be thought about. They’re just an extra in a Hollywood movie. They aren’t even going to be given a speaking part.”

With players like Real Madrid’s Luka Modric, Sevilla’s Ivan Rakitic and Bayern Munich’s Mario Mandzukic, Croatia does have the class to make a case for the final spot into the knockout stages.

Luka Modric and Ivan Rakitic will be looked on to ignite Croatia’s attack from the middle, as Mario Mandzukic will be missing the opening game against Brazil through suspension.

“Rakitic and Modric are wonderful players, but against Brazil they aren’t going to get the ball,” said Jack.

As a team, Croatia is clinical from within the six-yard box. In qualifiers, 43 per cent of their goals came from within the penalty box. That was the highest of the 32 nations heading to Brazil.

What can also play in their favour is experience. Captain Darijo Srna alone has made 111 appearances for his country, and adding the 73 appearances by Luka Modric, 60 by Ivan Rakitic and 48 by Mario Mandzukic, the core of this team has what it takes to perform on the grand stage.

Though scoring from close range was a strength in qualifiers, Croatia averaged 1.17 goals per match. For the team to have any chance of getting out of the group stages, they need to score more. With the initial exclusion of Mandzukic, Hull City’s Nikica Jelavic and Wolfsburg’s Ivica Olic will be called on to provide goals. Both names shouldn’t strike fear into Brazil’s back four.

If there is such a thing as a “soccer god,” Croatia might want to call on it, as they look to miss out on progressing into the knockout round again. This group has been already won by Brazil and Mexico seems the likely runner-up.