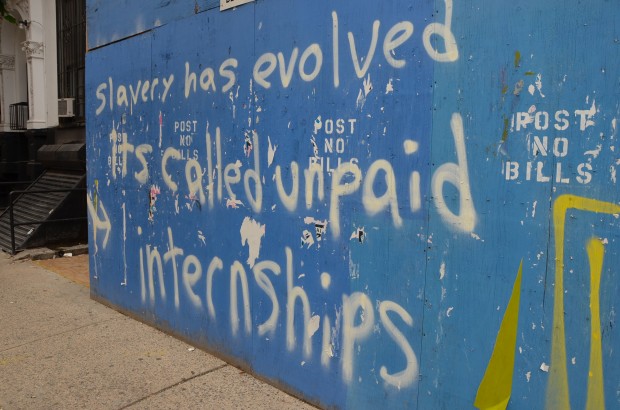 Students on Tuesday told Humber News that more has to be done to protect them from unfair internship practices.

According to some organizations, there are an estimated 300,000 Canadians currently working in unpaid internship positions. Of the 300,000 many are students, recent graduates and workers new to the country looking for work experience.

Dan Magee, an electronics engineering technician student at Humber College, needed to find a paid work experience to complete the requirements for his program.

Instead, he ended up bouncing between several workplaces, all of which had trouble understanding the paid aspect of his internship.

“After two hours of hard labour, sorting their warehouse, which has nothing to do with electronics, they came and said they didn’t believe they had to pay me for co-op,” said Magee of his third placement.

“And after a long phone conversation with Humber’s co-op office they told me they don’t pay co-op students. So I did two hours of hard work for nothing. No money and no co-op credit, because no money. It was an awful experience.”

Magee suggested that to avoid similar situations, potential employers should include the intended wage in their postings. At his final placement all that was written regarding the expected wage was TBD or, “to be determined.”

However this doesn’t carry over onto post-secondary students involved in internships through their programs to complement their education.

Amir Eftekarpour, president of the Ontario Undergraduate Student Alliance, said the organization is not against unpaid internships as long as they’re beneficial to the student’s education.

In September, OUSA released the submission Youth Employment: Re-imagining the link between learning and labour, in which they called on the Ontario government to better enforce the Employment Standards Act and protect students from unfair unpaid internships.

“Not only should we be more reactive, we should be more proactive and create better opportunities for students,” said Eftekarpour.

A February report by Glassdoor, a website that allows employees to anonymously post about their workplaces, listed the highest paid internships in the United States.

Palantir Technologies, a software and services company, topped the list with its interns receiving an average monthly base pay of $7,012. Taxes and incidentals aside, that adds up to a yearly salary of $84,144 – a number seemingly out of reach to many post-secondary graduates.

Unfortunately, internships like the ones at Palantir Technologies are few and far between. Paid ones, let alone ones that pay that much, are a rarity as well.