The top women at the box office 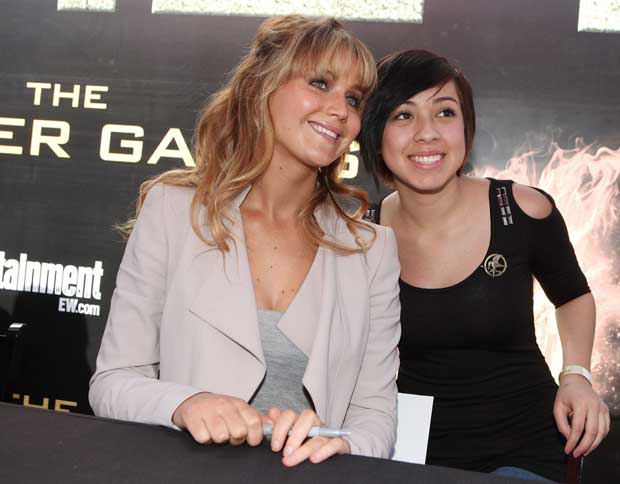 Based on the best selling young adult series by Veronica Roth, Divergent is another attempt to bank on the dystopian trend set by The Hunger Games, whose sequel set box office records and was the highest grossing film of 2013 in North America. It was the first time a film starring a female heroine topped the annual box office list.

Women in film had landmark success in 2013. Frozen was the third highest grossing film in 2013, just below the woman-led Catching Fire and Iron Man 3, and in 2014 its worldwide gross hit the billion dollar mark.

Humber News compiled some interesting statistics on female blockbusters in the box office over the last five years.

Some of the leading ladies bringing in the big bucks include Jennifer Lawrence for her role as Katniss Everdeen, Kristen Stewart as the love-torn Bella Swan in the Twilight series and Sandra Bullock in her two Oscar-nominated films Gravity and The Blind Side, which earned her an Academy Award for Best Actress.

The Other Woman: Cameron Diaz stars in this comedy about a woman who learns that her boyfriend (Nikolaj Coster-Waldau) not only has a wife (Leslie Mann), but is cheating on her with a younger mistress (Kate Upton). The three women decide to team up to take him down. The film totes an A-list female cast, including hip hop star Nicki Minaj. Release date: April 25.

Maleficent: Angelina Jolie stars in this adaptation of Disney’s Sleeping Beauty (Elle Fanning), where we learn the “real” story of Maleficent, the evil fairy that curses Princess Aurora. Jolie is already an established action heroine, starring in films such as Lara Croft: Tomb Raider and Salt. Release date: May 30.

The Fault in Our Stars: Shailene Woodley takes another stab at box office glory with this adaptation of the best-selling John Green novel about Hazel Grace, a cancer patient, who finds her match in Augustus Waters (Ansel Elgort). Green’s novel continues to grace Young Adult bestseller lists, so chances are this movie will attract a lot of attention. Release date: June 6.

Lucy: Scarlett Johansson stars in this dark action thriller about a woman who develops powers after inadvertently taking a drug into her system as a drug mule. Lucy uses her new abilities to fight back against her captors. Johansson is already a known action star thanks to her work with Marvel. Release date: August 8.