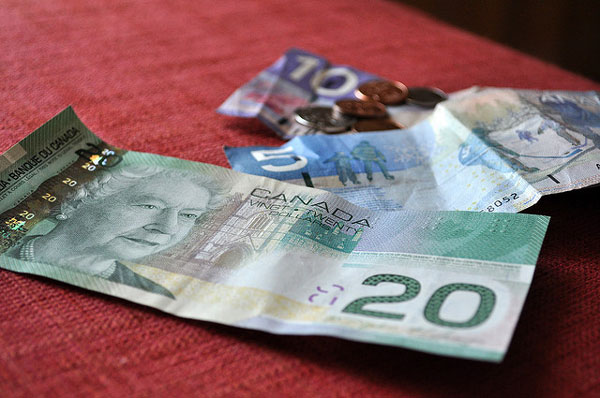 The Canadian Federation of Students-Ontario has released its annual recommendations for the next provincial budget.

Among the recommendations in the 20-page document titled “Addressing a Crisis”, is a call for a 30 per cent tuition reduction over three years at a cost of $954 million.

“Students and youth in Ontario pay the highest tuition fees in the country and are faced with record high levels of student debt and dismal employment options,” Alastair Woods, chairperson of the Canadian Federation of Students-Ontario, said in a news release on Monday.

According to Statistics Canada, the average undergraduate tuition fee in Ontario last year was $7,180, a difference of more than $1100 over the average in Saskatchewan, the province with the second-highest average tuition.

In addition to lowering post-secondary tuition fees, the federation is also calling for a government crackdown on illegal unpaid internships.

The Ontario Ministry of Labour website states that the Employment Standards Act, which includes the provincial minimum wage, “does not apply to an individual who performs work under a program approved by a college of applied arts and technology or a university.”

This is something the federation would like to see changed, particularly in the public sector.

“Our concern is that the vast majority of academic programs that require some form of work placement ask students to pay full tuition fees or partial tuitions fees to work for free,” Woods told Humber News.

In the public sector where nursing students, for example, often complete placements under such conditions, Woods said there was a potential to make a difference because “it is the only sector where we have reliable information about interns, and it’s the only sector, really, at this point, where we can control that.”

“We want to work with the government in the areas they can control to set an example,” he said.

Woods mentioned the Ontario College of Art and Design University’s work placement model as a positive one.

“A vast majority of (OCADU’s) internship and co-op opportunities are both paid and they don’t necessarily ask students to pay full or partial tuition fees in recognition that they’re not in school – they’re working,” said Woods.

Ancillary fees – which are additional fees for non-academic services such as athletics – were another major talking point for the federation, which represents more than 300,000 Ontario post-secondary students.

Woods said some institutions are charging students ancillary fees for academic services, which he noted was against the law.

To do this, he said the institutions are “making up fake fees with very nebulous names to try and get more money from students.”

He cited vaguely named information technology fees and building access fees as examples of this.

To discuss the federation’s recommendations, representatives will be meeting with Members of Provincial Parliament this week.

Woods said that when arranging meetings in January, response from MPPs was “pretty positive.”

“We found that folks in the government and in the opposition have been really open to meeting with us, even if they don’t have a lot of time, they’ve been more than willing to carve out some time to meet with the student representatives throughout the week,” he said.

Ontario’s Minister of Training, Colleges and Universities Brad Daguid, who is involved in the talks with the federation this week, noted the value of such interaction between the government and students.

“Meetings like this are an important part of the Ministry’s ongoing dialogue with student representatives from the Canadian Federation of Students,” Duguid said in an email to Humber News.

“As Minister of Training, Colleges and Universities I see it as my job to see the system through the eyes of students, and I always appreciate the opportunity to hear student leaders articulate their priorities to government,” he said.

Tyler Epp, a spokesperson for the College Student Alliance who released their pre-budget proposal in January, also finds dialogue between stakeholders and policymakers essential.

“Any policy that’s made without the input of the demographic that it’s going to affect, is essentially being made blind,” he said, adding, “the involvement of groups representing those demographics is extremely important,”

Listing a potential upcoming provincial election and the forthcoming budget, Woods noted the pertinence of having the discussions now.

Asked what he hoped the meetings and recommendations would accomplish, Woods said the federation wants “to get some commitments, not only from the government in terms of the budget process, but also some commitments from all the parties in terms of having student concerns reflected in their platforms.”