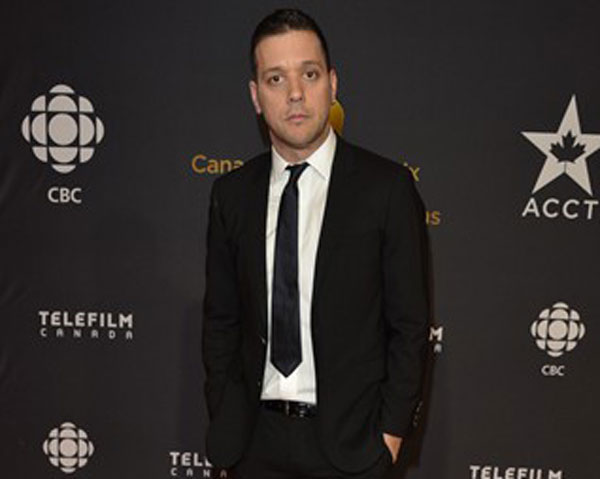 George Strombolopolous has the look, does he have the sports knowledge | Courtesy of Academy of Canadian Cinema via Flickr

Hockey Night in Canada shook the Canadian broadcasting world with an announcement Monday that George Stroumboulopoulos has been named to the HNIC desk and will be joining the likes of Don Cherry and Ron MacLean to help deliver the Saturday sports scene.

This brought much speculation about how the show will change. Strombo, as they call him, started his claim to fame as a Much Music VJ, than moved on to having a lengthy time with the CBC as he hosted his own show, The Hour. CBC has announced that George Stroumboulopoulos Tonight will not be returning after this season, bringing the Gemini-award winning show to a halt after 10 seasons.

Jerry Chomyn, program head for the media studies program at University of Guelph-Humber, taught Strombo when he attended Humber as a young student.

Chomyn said that he thinks he will do well at sports broadcasting.

Prior to Much Music, Strombo began his career at the Fan where he started in the sporting world.

Mike Hebscher, Host of Sportsline, said he knows Strombo as a sports guy and thinks the move is going to be an easy one.

The addition to the team adds somewhat of a youthful look to a Hockey Night in Canada cast that has been filled with seasoned hosts.

Don Cherry is now 80 years old and Ron MacLean is only 53, but a young, 41 year old Strombo brings somewhat of a new crowd in.

Like it or not, with the addition of Strombo, Hockey Night in Canada brings a new brand to the name and also brings in a new generation to the long-lasting dynasty.

Chomyn said that HNIC needs a new brand and Strombo may be that key to the future.