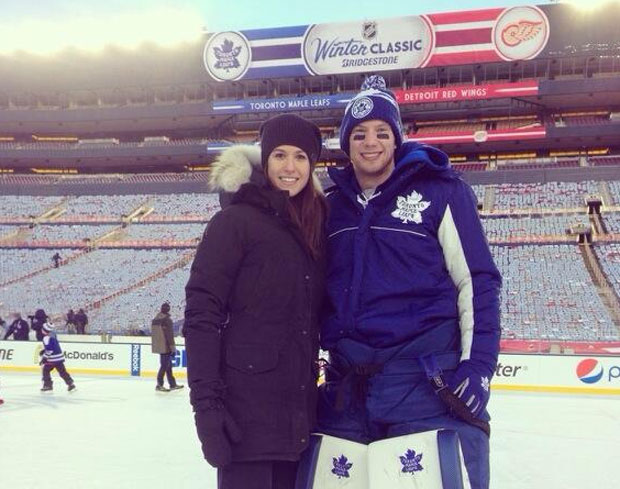 Much of the allure of social media has always been the anonymity one can enjoy when using it.

April Reimer, the wife of Toronto Maple Leafs goaltender James Reimer, found out the hard way this past weekend that anonymous commenting can lead to some vicious verbal attacks.

Reimer became the target of abuse on Twitter over her husband’s recent play in net.

Twitter users sent Reimer hateful tweets criticizing James’ goaltending, some even suggesting that she divorce him or tell him to “get psychiatric help.”

The attacks have inspired an uprise in support for the Reimer family, with many fans also taking to Twitter to offer kind words to the couple.

This is not the first time an athlete’s personal life has been adversely affected by the social media site. Washington Capitals forward Joel Ward was the subject of a racist Twitter explosion in April 2012, when upset Boston fans took to the site after Ward’s overtime goal against the Bruins in a Game 7 scenario.

While the NHL and its members are quick to denounce such attacks,  Associate Professor of Social Media at the University of Toronto Kara Matthews said the anonymity of the internet creates a “disconnect” between users.

“Social media users seem to sometimes have a mindset that if a comment comes from their Twitter account, it’s not personal and doesn’t have the same effect as if they said it out loud,” said Matthews.

The idea of an online lack of emotional connection does not go without warrant. In a direct message exchange with the Toronto Star, Twitter user @Game_Blouses said their tweet towards April Reimer “was an offhand joke to (their) followers.” The tweet suggested that April divorce her goaltender husband.

April reached out to her Twitter followers Sunday evening, thanking them for the support.