NBA Draft a possibility for Canadians 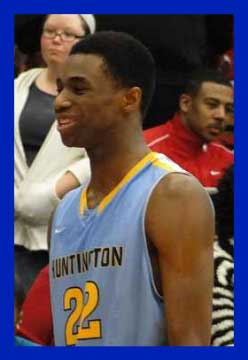 In a night honouring the senior classmen of the Kansas Jayhawks basketball squad,  freshmen Andrew Wiggins, Wayne Sielden and Joel Embiid were also given a standing ovation – and perhaps a final congratulations.

Although the Jayhawks season isn’t over – they still have the Big 12 tournament as well as March Madness to play – it appears likely that highly-touted NBA prospect Andrew Wiggins will enter the NBA Draft next year, although he has made no formal decision and doesn’t plan to until the season is over.

“I think he’s one of the players that’s gong to be in that top three or four players picked,” said Leo Rautins, a current NBA TV analyst and former Canadian National basketball team’s head coach. “It really depends on the teams and what their immediate needs are, long term, how patient they can be. My gut feeling is that Andrew can be the best that is being talked about.”

After the game, Wiggins told the Associated Press’ David Skretta “I wish I had more time to stay here and do my thing, just be here with the team and the coaches and all these wonderful fans,” Wiggins said.

If Wiggins gets picked number one overall, he will be the second Canadian to achieve that honour in consecutive years. Last year Anthony Bennett from Brampton, Ont. was selected number one.

“It’s huge,” said Rautins. “It says a great deal about the talent that’s coming up in the country. This draft potentially may be the deepest draft, not just a number one but the amount of players depending on who declares. It could be another banner year for Canadians in the draft. It’s exciting.”