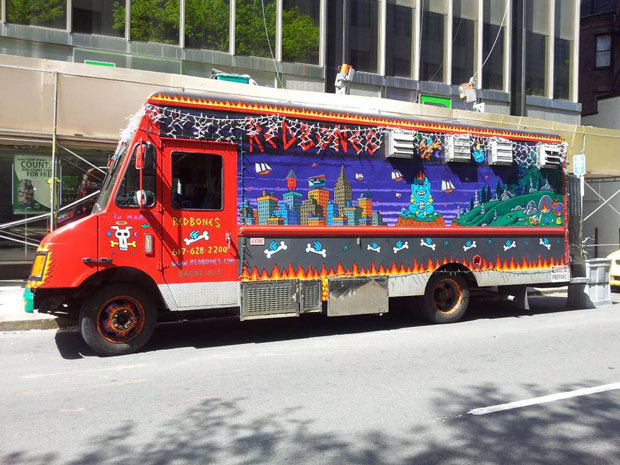 Reaction continued in Toronto on Tuesday to a municipal planning proposal to limit locations for food trucks in the city.

“Toronto is so behind. There’s so many good models that are working like Vancouver, Calgary, and Hamilton, which is just down the street from us,” he told Humber News.

Mazzonetto, who is also a Humber graduate, said the city is trying to limit the number of food truck licenses.

In the downtown core in Wards 20 and 27, the city currently has a vending ban that food truck owners want lifted.

“It will be a little easier for us to access our customers all around the downtown core,” Mazzonetto said.

Ryan McAndrew runs the Beach Boys Food Truck service. He told Humber News on Tuesday that the proposal was a good first step, but the city’s proposal of a yearly $5,000 fee was too much.

“The most expensive municipality in north america is Portland, Oregon and they charge $1000 a year for food truck licenses. City council is proposing it to be $5000. That would be five times more expensive than the most expensive district in North America,” said McAndrew.