‘Dooring’ a cyclist could mean much bigger fine in Ontario 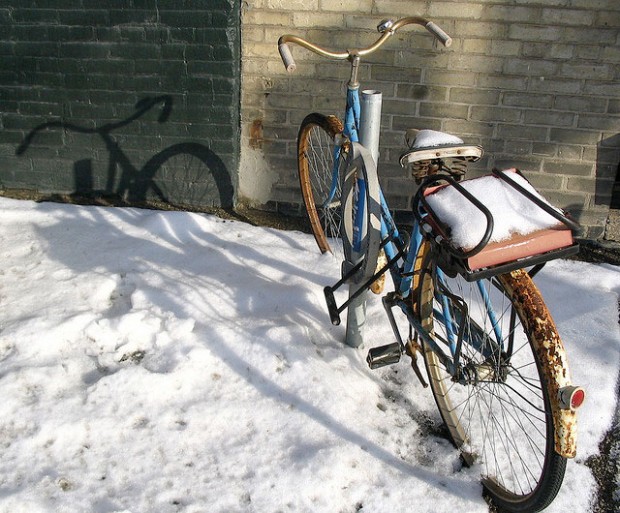 Cycling safety in Ontario is one of the focuses of legislation tabled yesterday. Courtesy Flickr user 416style

Known as dooring – or handing out a “door prize” – the infraction currently carries a penalty ranging from $60 to $500 and two demerit points.

But if the legislation passes, the fines involving incidents with cyclists would climb to the $300-1000 range along with an additional demerit point.

“The increase in fines for dooring is really significant,” said Liz Sutherland, a member of the advocacy group Cycle Toronto and captain of their Ward 18 division in the downtown west end.

“It’s such a frequent problem,” she said, adding she has two near-misses a week while riding her bike on College and Dundas streets, her most frequent routes.

However, Sutherland said that tougher laws aren’t enough on their own. Enforcement and public awareness are also important factors, she explained.

Another measure included in the legislation that would affect cyclists is a proposed increase in fines for those riding without lights in the dark. Currently, the maximum fine is $20, but the legislation would see that jump to the $60-500 range.

The cycling-related proposals are part of a broader act unveiled this week proposing significant hikes for distracted driving fines.

The legislation would result in distracted driving fines being raised to the range of $300-1000, up from the current $60-500 range, according to the news release. Fines as of Tuesday increased to $280, up from $155.

On Tuesday, the Canadian Automobile Association also voiced their approval of the tabled legislation.

She said the distracted driving laws in particular “are very important to us” because of the increased occurrence of accidents coming as a result of the offence.

“We’re seeing a lot more deaths on the road that are attributed to things like impaired driving and speeding, which is showing that these behaviours are not subsiding,” she said.

“Putting stiffer penalties like the demerit points, like the higher fines, are one way to get people to change their behaviour and put the one away.”

“Our new legislation, if passed, would keep drivers, cyclists and pedestrians even safer as we get tougher with those who ignore the law,” said Transportation Minister Glen Murray in a news release Monday.