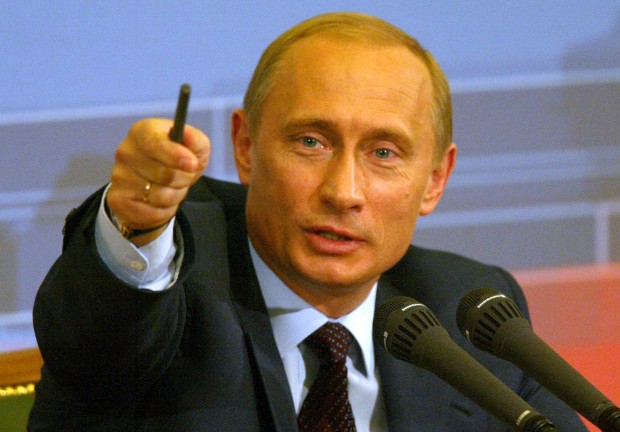 Members of parliament in Crimea have asked Moscow to allow their peninsula to join the Russian Federation despite being within Ukraine’s territorial borders.

“This means we have reunited with our motherland which we have been a part of for so long,” Crimea’s deputy parliamentary speaker, Sergei Tsekov, told BBC News.

If Vladimir Putin and the Kremlin accepts the request, Crimeans can vote in a March 16 referendum on whether to join Russia or stay with Ukraine.

Tsekov said he believes most Crimeans would support the decision. Ukrainian leaders responded today as European Unions leaders were meeting in Belgium.

“This is an illegitimate decision and this so-called referendum has no legal grounds at all,” Ukraine’s Prime Minister Arseny Yatseniuk said at a news conference in Brussels as reported by CBC News. “That’s the reason why we urge the Russian government not to support those who support separatism in the Ukraine.”

“Crimea is, was and will be an integral part of Ukraine,” Yatseniuk told reporters.

U.S. President Barack Obama signed an executive order on Thursday that would allow his administration to freeze assets of Russian officials, according to the Washington Post. The move is a direct response to Russia’s actions in Ukraine.

Reuters reported that Obama has also issued visa bans on those associated with the unlawful occupation of Ukrainian territory.

“There’s a level of hypocrisy going on in the world coming from the West towards Russia,” Humber College politics professor, Blake Lambert, told Humber News. “The West engages in sovereignty violations yet they’re saying that Russia can’t.”

In March of 2003, the United States led an invasion in Iraq that sought to end the reign of Saddam Hussein and destroy weapons of mass destruction that were never found. In September of 2004, United Nations Secretary-General Kofi Annan said the invasion was illegal as it did not receive UN approval.

Fast-forward to 2014; the world is witnessing a similarly unlawful invasion of a foreign country.

“Ukraine is seen, and comes within Russia’s sphere of influence,” Lambert said. “Ukraine, bless it’s people, remains a bit of a chess piece between the U.S. and Russia.”

Russia’s invasion of Crimea has shown Putin’s disregard for Ukraine’s territorial integrity. Crimea has been a part of Ukraine for over 60 years.

“It’s important to send the signal to [Putin] and to the Russian people that he broke the system.” Maclean’s political editor Paul Wells told Humber News.

“He broke his little game and he doesn’t get to play it anymore.”

“People note that there doesn’t seem to be a lot of appetite to push the Russians out of Crimea. Some people say that they’re only in Crimea because the Obama administration is weak,” Wells said.

Despite these criticisms of Obama’s leadership, history shows that Russia has often made invasive excursions into neighbouring countries. The West has been unable to stop them in the short term for the past century.

While Russia continues to flex its military muscle and exert its influence on Ukrainian territory, the appetite for war amongst those involved remains low.

“It is difficult when there are foreign troops on your base but we carried on doing our jobs even though they were better armed than we are,” Ukrainian deputy commander Yevgenii Pukhkiy told BBC News in reference to Russian forces in Crimea.

Wells said the cost must be higher, both economically and militarily, to prevent Russia from invading foreign countries. He also said it’s time for the West to draw some final conclusions on Putin’s regime.

“To my mind, it’s not the kind of regime that should be welcome in the G8,” Wells said.