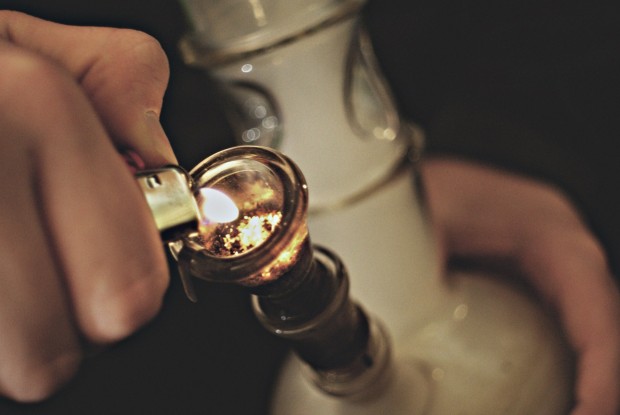 Police will be allowed to issue tickets instead of criminally charging someone in possession of a small amount, 30 grams or less, of pot with the supposed policy change to the federal marijuana laws.

“Our government has previously said it is looking at the Canadian Association of Chiefs of Police’s proposal to have the flexibility to issues tickets for possession of small amounts of marijuana, rather than having to arrest and charge individuals,” said Paloma Aquilar, spokesperson for Peter Mackay.

Justice Minister Peter Mackay told reporters Wednesday, the change is under serious consideration and the Justice Department will look into presenting a draft bill, although the new policy would stop short of decriminalizing marijuana.

“Our government has been clear that, unlike Justin Trudeau and the Liberal Party of Canada, we have no intention of legalizing marijuana, which would normalize smoking marijuana as an everyday activity,” said Aquilar.

“We oppose the commercial production and sale of marijuana in Canadian neighbourhoods or making marijuana more accessible to our kids.”

Presently, under the Controlled Drugs and Substance Act, if you are convicted in possession of a small amount of marijuana, you can face up to five years in jail.

For first time offenders, you may be subjected to a fine of $1,000 or six months behind bars.

With the probability of a change to the federal marijuana laws, issuing tickets instead of laying charges and locking up individuals will prove beneficial to the city, in terms of cutting court costs.

Students at Humber College’s north campus were welcoming to the option of being ticketed rather than facing jail time.

Though, intrigued by the supposed policy change, second year general arts and science student, Michael Thompson, 21, believes it is still risky to be in possession of marijuana, no matter the amount.

Other students were very vocal on the issue, stating that the focus needs to be put on deadlier drugs, such as cocaine and acid rather than recreational ones, such as marijuana.