Campus security on alert after shooting at York University 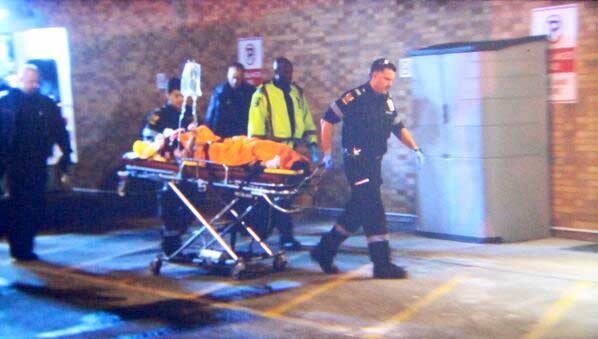 It’s business as usual at York University after two female students were injured in a shooting late Thursday night at the school’s student centre.

Humber News was on the scene Friday morning as police finished their investigation. Students studied while workers cleaned and opened their kiosks and police took final statements. Toronto police declined to comment as the investigation is still ongoing.

York University President Mamdouh Shoukri released a statement Friday morning, expressing his concern for the victims. “Our immediate focus is on supporting the two students and their families, and in providing counseling support for York community members,” Shoukri said. “I am thankful to understand their injuries are non-life threatening.”

Shoukri said York has enhanced security measures on campus as a result, including increased security patrols and collaboration with Toronto Police.

A report from the university’s community newspaper Excalibur said York administration had held a practice scenario on March 3, evaluating how prepared the university would be in the event of an active shooter.

A full report will be released in the next two weeks, but Richard Francki, assistant vice-president of campus security and business operations, told Excalibur that evaluators discovered that the campus had too few closed circuit cameras to watch an incident.

Jessica Thyriar, president of the York Federation of Student’s, says the university is waiting for a full report from the police on Thursday’s shooting before they make any further comments.

Humber News asked Thyrair if security is an issue on campus. “I think this is an opportunity for us to work with the administration to ensure safety is priority on our campus,” she said.

Some students feel safe on campus, some don’t

Humber News spoke with seven students on campus– most were aware of the shooting, but only a few said they were concerned about their personal safety.

Marta Jasini, 20, a Seneca @ York nursing student says she isn’t unnerved by the shooting or by the other security bulletins she gets from York. “I’ve never been terrified to be on campus,” she said.

Kevin Agpoon, 18, first-year political science, says this incident has changed his opinion of the school’s safety.

Deenesh Shanrajh, 20, third-year biomedical science, says the fact that the shooting was in a place that he spends a lot of his time is a concern.

York University won’t release any more information until Toronto Police release the full report. Police continue to search for the gunman, who is described as black, wearing a black hoodie and coat, five-foot-eight to six feet tall, and in his mid-20s.

Humber News’ Kerrisa Wilson and Alyssa Capistrano were on the scene to report.