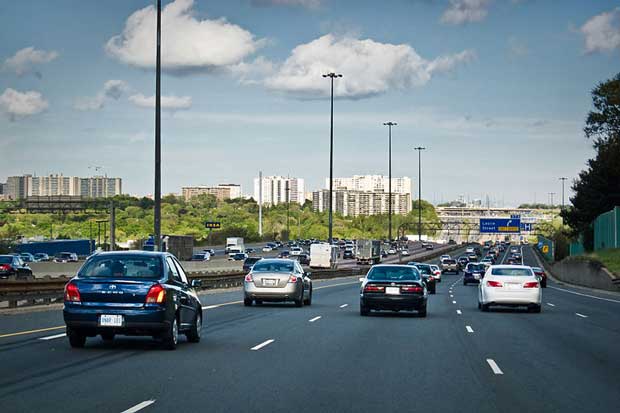 There was a significant decrease in the amount of tickets issued under the Highway Traffic Act in 2013 by Toronto police compared to the five previous years, according to data released Thursday from the Ministry of the Attorney General.

The data, reported in the Toronto Star and confirmed in interviews done Thursday by Humber News with two city councillors, shows that 31 per cent fewer charges were issued in 2013 compared to 2012, which comes out to 131,000 less charges.

The amount of lost income, as a result, for the city is estimated to be between $6-8 million, according to Frank Di Giorgio, a city councillor and budget chief.

“There’s no doubt that the missed revenue will affect the city,” said Di Giorgio.

He attributes the lack of police presence as the reason for the drop in tickets, adding that, in issuing fewer tickets, police may have been trying to highlight a possible effect of a three-year hiring freeze on the force.

“I think the chief has been losing too many officers he can’t replace,” he told Humber News.

Earlier Thursday, Di Giorgio told the Toronto Star:“What the chief chose to do is say, ‘Well, that’s fine, if you the council don’t understand or don’t see having fewer police officers, the best way to demonstrate it is to have less revenue come in to the city.’”

Toronto police spokesperson Mark Pugash on Thursday denied any correlation between the drop in tickets and the decrease in officers.

Police are still enforcing laws even though he estimates approximately 340 officers have been lost since 2011, Pugash told Humber News.

“The issue is public safety,” said Pugash, noting that a decreased police force has meant more pressure being put on those officers still on the job.

“The demands on police have increased to the point where officers are moving directly from one call to the next,” he said.

Offences under the act include speeding, distracted driving and careless driving.

“The purpose of tickets isn’t to generate revenue,” said Coun. Michael Thompson who sees the reduced tickets as a sign that people are obeying the law.

“With respect to parking enforcement and traffic activities, I think that there are enough officers out there doing their work.”