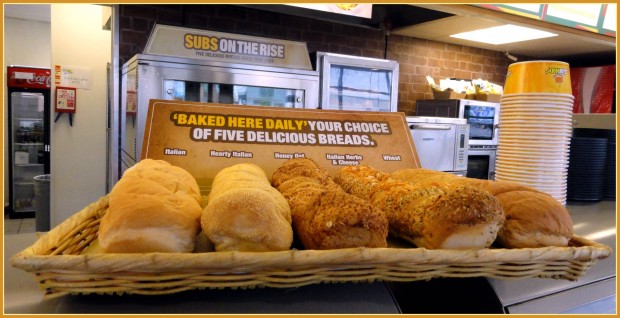 The restaurant chain has come under fire following an online petition to remove a chemical that has been found in its bread.

Popular food blogger, Vani Hari, investigated the use of the chemical azodicarbonamide in bread baked by Subway restaurants in North America. It can also be found in yoga mats and  shoe rubber, she reported, and has been linked to respiratory issues.

University of Toronto professor and associate chair, Bernie Kraatz, spoke with Humber News on Friday regarding the affects of the chemical, azodicarbonamide.

The chemical has been banned in Subway restaurants throughout the U.K., Europe and Australia, according to Hari’s online petition on www.foodbabe.com.

Though the chemical is approved by Food and Drug Administration, Kraatz said public pressure is the cause for the Subway brand’s quick decision to remove the food additive from its bread shops.

Since the release of the report by CBC, Subway has taken a lot of criticism, mostly from relentless social media fanatics.

Subway’s bread may be creepy as hell, but a $5 yoga mat is a good deal.

Same chemical in subway bread found in yoga mats… So when I eat subway it means I’m doing yoga, right? Is that how it works??

Though, most of social media took the comedic stance on this disturbing news, there are some pro Subway supporters who weren’t concerned with what was found in their bread. This is what one twitter user said.

I really don’t care that yoga mat material was found in subway bread. It’s delicious. And honestly we eat worse things without knowing it..

Subway is the world largest sandwich chain, with over 41,000 stores in 105 countries.