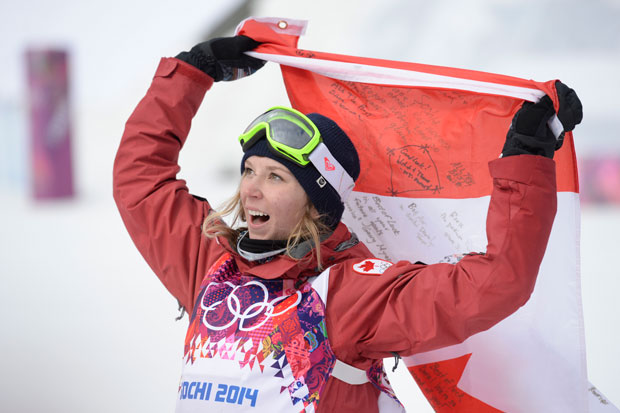 Canada was off to great start early in the day, taking gold and bronze in the women’s slope style skiing event.

Canada lost their top spot to Norway after they took gold and silver in Cross-Country Women’s Individual Sprint Free, and gold in men’s. This pushed Norway to a total of 11 medals with their silver in Biathlon Women’s 10 km Pursuit.

At around 12 a.m. ET, Canada’s women’s curling team won their round-robin match against Sweden 9-3, making it their second consecutive win. The women’s team will play Great Britain on Wednesday.

Despite seeing success in Monday’s match against Germany, Canada’s men’s curling team lost their last two consecutive games against Switzerland and Sweden. The men’s next match is against Russia on Wednesday at 10 a.m. ET.

Canada came close in women’s Luge, with Alex Gough and Kimberley McRae placing fourth and fifth with times of 3:21.578 and 3:21.895 respectively.

The last training session for Alpine Skiing Women’s Downhill was cancelled Tuesday due to mild weather conditions. The medal round will be Wednesday at 2 a.m.

Dara Howell of Huntsville, Ontario, won gold for Canada with a score of 94.20. Silver went to Devin Logan of team USA with 85.40. Bronze went to Quebecer Kim Lamarre with 85.00 points.

Gold and silver went to Maiken Caspersen Falla and Ingvild Flugstad Oestburg of Norway with times of 2:35.49 and 2:35.87. Bronze went to Vesna Fabjan of Slovenia with a time of 2:35.89.

Iouri Podladtchikov of Switzerland took gold for Switzerland with a score of 94.75. Ayumu Hirano and Taku Hiraoka took silver and bronze respectively for Japan with scores of 93.50 and 92.25. 27-year-old Shaun White, Medal hopeful for the U.S., took fourth place with a score of 90.25.

Germany’s Varina Vogt took gold with 247.4 points with Daniela Iraschko-Stolz of Austria and Coline Mattel winning silver and bronze with 246.2 and 245.2 points. Canada’s Atsuko Tanaka and Taylor Henrich scored 231.3 and 230.4 for 13th and 14th place.