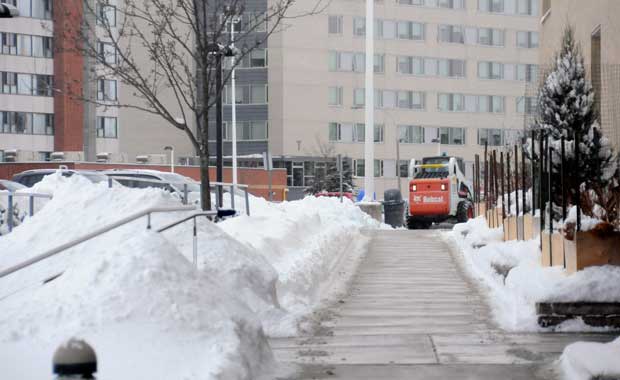 By Paolo Serpe and Mark McKelvie

Humber College was heavily criticized on social media for its decision to cancel classes at 3 p.m. and not much earlier on Wednesday, after a major storm that saw roughly 20 cm of snow fall on Toronto and the GTA. Humber’s director of public safety, Rob Kilfoyle, explained the decision.

Kilfoyle said that Humber president, Chris Whittaker, has the final say on class cancellations.With many factors to consider, it’s not a decision to be taken lightly.

This is not the first time there’s been discussion about why classes were kept open in potentially dangerous weather. Kilfoyle responded to claims that, if Humber closes early, it doesn’t receive its daily funding from the government.

Humber North and Lakeshore campuses are home to more than 26, 000 full-time students, the vast majority of which commute daily.