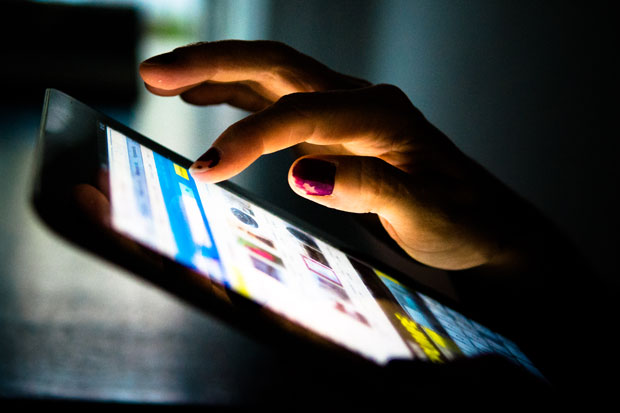 Ongoing research into the affects of smartphone use has found a link to sleep deprivation and a loss of productivity.

According to new research from Harvard University, people who use their smartphones to stay plugged in to their work life while at home tend to experience difficulty sleeping. As a result they find themselves tired, sluggish and less alert for the following workday.

The blue light smartphones emit is believed to be the main culprit behind this sleep disruption. The Harvard researchers say the sleep-inducing chemical melatonin is aversely affected by the blue light, making it harder to achieve sleep naturally. The study also says by working late into the evening on their smartphones, or other devices, people aren’t allowing themselves the time needed to de-stress from their day, causing a less relaxed sleep.

James Sayegh, Technical Director for the North Toronto Sleep Centre, says the light that’s coming off of these devices are similar to the light used to treat jet lag and depression.

“It’s the same thing you would use in light therapy,” says Sayegh. “It’s shifting your circadian clock around.”

Sayegh also says people should refrain from doing anything stimulating in their beds to ensure a restful sleep.

“You shouldn’t be reading in bed, but everyone does,” says Sayegh. “The guideline is: Your bed is for sleep and sex.”

But, if late-night smartphone use is absolutely necessary, the Mayo Clinic has found a few ways to subvert the side effects.

A 2013 study, co-authored by Dr. Louise Krahn, compared three different mobile devices (an iPhone 4, iPad 1 and iPad 3 with retinal display) in a dark room to determine at what brightness and distance they begin to affect sleep cycles.

It was found that in order to stay under the threshold of 30 lux – the brightness level where melatonin secretion is suppressed – a user can simply decrease the electronic’s backlighting. When placed directly in front of the users’ face and at the lowest brightness setting,  all three devices registered well under 30 lux, with the iPad 1 topping out at 11 lux.

The findings suggest that in order to maintain a healthy sleeping pattern users should monitor the brightness of their devices while keeping them a comfortable distance away from their faces.

However, in a May 2013 article on sleep deprivation, Harvard Professor Charles Czeisler made mention of the amount of light humans are now exposed to and the health risks that come into play with a decline in sleep hours.

“Today, 30 per cent of all employed US adults and 44 per cent of night workers report averaging less than 6 hours sleep per night, whereas 50 years ago less than 3 per cent of the US adult population slept so little,” writes Professor Czeisler.

Czeisler says there is an increase in the likelihood of developing diabetes and heart disease when suffering from sleep deprivation. He also cites  the World Health Organization’s inclusion of night-shift work in “its list of known and possible carcinogens.”