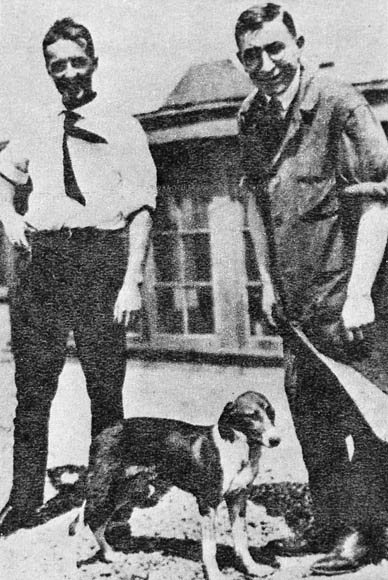 Nearly a century ago, the landscape of diabetic healthcare changed, with the discovery of insulin

University of Toronto researchers Frederick Banting and Charles Best published the report of the discovery in 1922.

“It changed the lives of millions of people,” Jennifer Toews, modern manuscripts and reference librarian at University of Toronto, told Humber News.

“It saved the lives of millions of people. It improved their quality of lives, you just cant measure that,” she said.

Banting adapted his study on diabetes based on the work of previous researchers, who had discovered diabetes is caused when a part the in the pancreas, known as the Islets of Langerhans, fail to secrete protein hormones, called insulin.

Published in “The Star Weekly Magazine”, Toronto, Feb. 9, 1963, p. 8. Described by the RECON project. Image of Sir Frederick Banting and Dr. Charles Best co-discoverers of Insulin. This image is from Library and Archives Canada which lists its copyright as expired.

The hormone was discovered to control the body’s metabolism of sugar. In other words, low insulin meant that sugar simply amassed in the bloodstream. Previous attempts to take insulin from the pancreas had failed.

While Banting continued his work, he discovered that by closing the pancreatic duct, the pancreas destroyed cells that secreted trypsin, and it left the Islets of Langerhans unaffected. Once the trypsin cells died, insulin was able to be extracted from the Islets.

Banting collaborated his studies with his student Charles Best, supervised by University of Toronto professor. J.J.R. Macleod, and this was the beginning to the production of insulin.

“There’s some amazing letters in the papers we have from children (with diabetes) thanking him, or telling him how they’re doing now,” she added. “Its hard to emphasize enough how important a discovery like that is.”

Banting became Senior Demonstrator in Medicine at the University of Toronto, and awarded the Nobel Prize in Physiology or Medicine in 1923. In 2004, Banting was voted the fourth greatest Canadian in the world.

Toews said that the Banting’s discovery is one of the “crown jewels” for the University of Toronto.

“There hasn’t really been a next great discovery regarding diabetes, that is, the next sort of great leap forward,” she said.

“Dr. Best said at the time he always thought he would live to see the next great discovery in their field and we haven’t really got there yet. With all the work and resources, it really shows just how big that discovery was,” she said.

“I am immensely grateful for the discovery of insulin,” said Muskaan Gurnani, 20, a health sciences student at McMaster University. Gurnani, who was diagnosed with diabetes when she was 13-years-old, wears an insulin pump that provides her with a 24/7 supply of insulin.

“These are the advances that have made it possible for me to live a life so close to normal that my condition rarely blogs me down. Its availability changes the future potentials of a diabetic entirely,” Gurnani said.