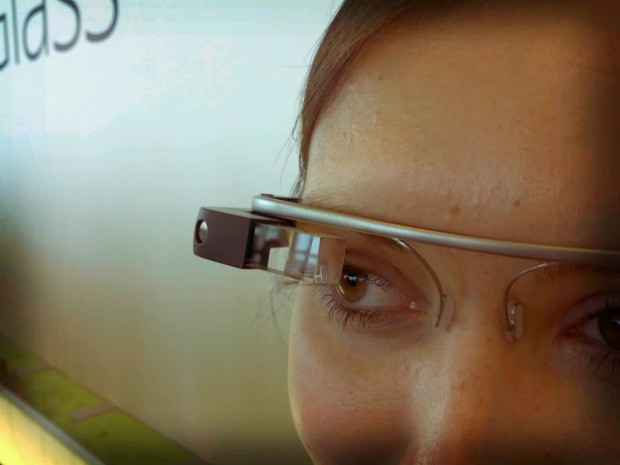 The video, which was released on Monday, showed off the mini-time-wasters as seen through the eyes of a consumer. Tennis – a game where the player moves his head to control a racket and serve back the ball – alongside a Fruit Ninja-like game requiring users to slice shapes apart as they appear in the Goggle Glass display, were among the demos.

Tom Emrich, co-founder of Wearable App Review and regular user of Google Glass, said the games offer consumers a concept that may not necessarily be brand new, but nonetheless exciting.

Google Glass has showed off a series of mini-games available for the product. Via Antonio Zugaldia, http://www.flickr.com/photos/azugaldia/7457645618

“Google is flexing its muscles right now, and though we’ve seen these types of games before, when the user context and experience is turned on its head it becomes brand-spanking new,” he said.

A person walking down the street yelling ‘bang bang’ while playing Clay Shooter might cause a few awkward moments, which is why Emrich foresees a much more casual use of the product when it becomes more widely available. He also thinks the added strain on your one eye that’s constantly looking to the top right will factor into the more casual usage of games on Google Glass.

Rob Robson, computer and game programming coordinator at Humber College, is curious about how police will determine whether or not someone is distracting themselves while wearing Google Glass and driving.

“With a phone it’s obvious, your hands are somewhere else and you’re distracted,” he said. “With (Google Glass) how do you know if you’re just wearing them, or playing a game?”

When Google Glass is compared to the Oculus Rift, an up-and-coming virtual reality console, Robson said serious gamers will likely turn to the Rift and its deep immersion.

“Oculus is a far more impressive experience, placing you into a completely new, virtual environment . Google Glass augments your reality, allowing you to still see the world around you.”

Some have argued that the glasses aren’t very practical, suggesting they look goofy or clunky on a person’s face. Tyler Moore, an independent game developer and founder of FrostFire Games, said these concerns won’t likely reflect the majority of consumers’ opinion.

“People once said the same thing about headphones (looking goofy) as they are now about Google Glass. The price point needs to drop however, or Google needs to build the same cult of personality that Apple did to get people to open their wallets.”

You can watch Google Glass’ gameplay video below.