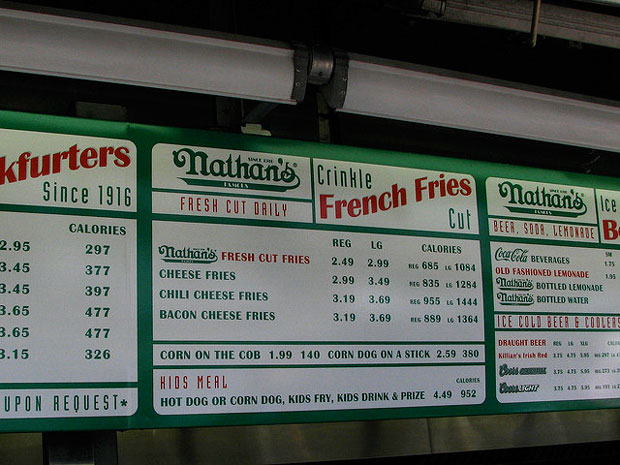 The calorie count is shown on the menu at this restaurant.

Restaurants, supermarkets, convenience stores, and fast-food outlets with 20 or more locations in Ontario would have to display calorie information on all menus.

“It’s a focus on wellness and prevention. Improving children’s health is a key step in that commitment,” Matthews said during a press conference on February 24.

“Studies tell us if we don’t act over the next 25 years, over 70 per cent of today’s children will be overweight adults,” Matthews said.

Organizations such as EatRight Ontario have lobbied for the government to create legislation for restaurant chains to show this information.

The legislation is an effort to combat the issue of obesity. Obesity is a growing problem in Ontario that comes at great cost. The province said in 2012, it spent $4.5 billion caring for people struggling with obesity.

“It’s a good thing to have more transparency,” Yeung said. “It’s the individual’s decision at the end of the day if they’re going to still purchase it.”

She said it would be interesting to see how the information of calories would change the consumer’s food choices.

“As a consumer I appreciate that there’s more information available to me,” Yeung said.

Humber News caught up with personal trainer from the athletics facility, Nelson Bolarinho to get his take on the upcoming announcement: