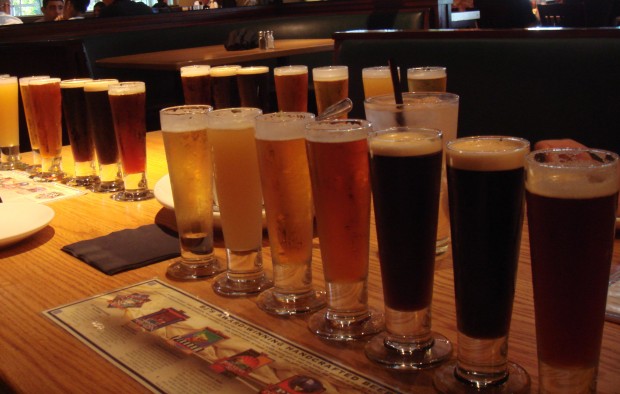 Will the government allow local bars, restaurants and night clubs to serve alcohol?

Would extending the time for serving alcohol in local bars, restaurants and nightclubs be beneficial for the city? One man says it will.

Torontonian, Jeff Tchadjeu, of the Last Call T.O petition website, an initiative for the government to extend serving of alcohol from the current 2 a.m. last call hour to 4 a.m., said Toronto must follow other North American cities who have later last call hours.

“Chicago is doing it, New York is doing it, and we see that these cities aren’t falling apart, so why can’t Toronto get a 4 a.m. last call,” said Tchadjeu.

“Every time we extend last call in Toronto the city doesn’t fall apart.”

According to Tchadjeu, a later last call would prove beneficial, not only for restaurants and clubs but for the city of Toronto as well.

“We should extend last call to 4 a.m. cause we are a world class city and it can improve the nightlife, improve the tourism, improve the economy in many ways,” said Tchadjeu.

Just last Sunday, local bars in Toronto were allowed to serve alcohol as early as 7 a.m. for the mens hockey finals during the Sochi Olympics.

On their website, the background changes and displays the hours of many North American and European cities last call time in contrast to Toronto.

Atlanta, Chicago and New York have a 4 a.m. last call, while Miami is an hour later at 5 a.m.

Hong Kong, London, Las Vegas, Paris, Tokyo, and Rio de Janeiro, where the 2014 World Cup finals will be held in June and July, all can serve alcohol throughout the day.

At Humber College in Toronto, the response in regards to the petition was well received.

“For another two hours of service, we can obviously pull in more sales, get more tips for the bartenders but then on the other side, it can open up possibilities of really drunk people,” said Acher.

“When 4 a.m. rolls around, and with that extra hours of drinking, patrons will be that much difficult to deal with. There are pros and cons to this.”

Don Hendrix, general manager of Linx Lounge said, though most local bars, restaurants and night clubs would relish at the chance to sell alcohol past the 2 a.m. cutoff time, bringing that rule into a post-secondary environment would not be in the schools or students best interest.

“From an academic stand point, for a licensed facility to be open until 4 a.m. means that students lose two to three hours of sleep on any given night that the facilities are open,” said Hendrix.

“I suspect that we will wait to see the outcome of the petition.”