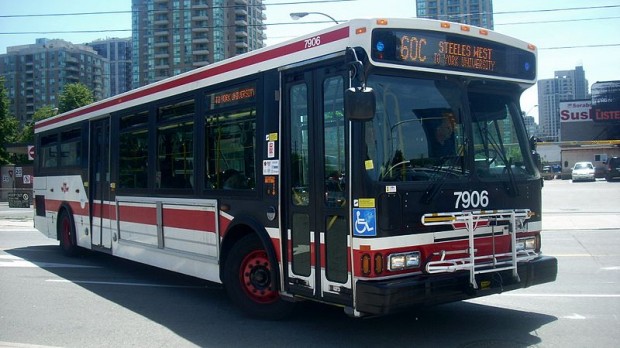 The Toronto Transit Commission is proposing time-based transfers that could mean up to a two-hour window of one-pay travel for transit riders.

The time-based transfer has already been in place on the 512 St. Clair streetcar route since 2005, where riders can take a two-hour trip with intermittent stops on one fare. On all other routes, riders can only use a transfer on one continuous trip on connecting routes.

That  is set to change. Posted Thursday, a report on the transfer proposal was made available on the TTC website.

The report shows annual lost revenue is estimated at $20 million with a two-hour transfer time, which is detailed in the report.

The two-hour transfer time will give riders the option to make stops along the same route. For students this will mean being able to make a quick stop at the grocery store, pharmacy or run errands on their way home and not having to shell out another three dollars to re-enter the transit system.

For students living near Humber’s North Campus, they could pay once for a trip to the grocery store, mall, drug store or walk-in clinic. Depending on where students live in Rexdale, it can take upwards of 30 minutes to walk to these locations but they are all on one bus route.

Other parts of the GTA already have these kinds of transfers in place. Brampton transit, Mi-Way (Mississauga Transit) and York Regional Transit, three of the transit systems that serve the North Campus, already have the two-hour transfer time with no restrictions.

Humber students who travel from Brampton and York region compare the transit systems and how it would benefit the TTC from their perspective.

Michelle Privis, a second-year Hospitality management student at Humber College, said she would be more encouraged to take the TTC with the time-based transfers.

“What if I just want to get my nails done, I don’t want to spend money going both ways. Paying once would be awesome,” Privis said.

The report will be presented to City Hall as part of a meeting next Tuesday afternoon. No time table has been given for implementation.