Top ten Winterlicious hot spots to warm up your winter 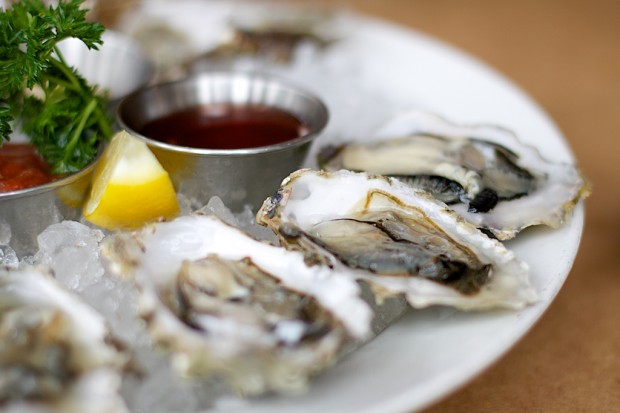 Restaurants all over the city are offering prix fixe meals at a discount during Winterlicious.

Shake off those winter blues and bring out your inner foodie at Winterlicious, Toronto’s culinary food festival.

Winterlicious kicks off at the end of the month, running from Jan. 31–Feb.13. Earlier this week, participating restaurants began taking reservations.

This is the 12th year Winterlicious has offered Torontonians a chance to sample the best of Toronto’s restaurants at a discounted price.

“We’re trying to give patrons the opportunity to experience great food at a great value,” said Eirine Papaioannou, event support supervisor for the city of Toronto.

The annual festival also features 16 culinary events, including cooking lessons, high tea, and an aphrodisiac inspired meal. The culinary events will make a more significant dent in the wallet, with tickets running from $50–$120.

Winterlicious is active on social media, encouraging participants to Tweet, Instagram, and Facebook pictures of their meals with the hashtag #LiciousTO. This year, participants can tweet a 140 character review of their Winterlicious meal to #InteracFoodCritic for the chance to win $200.

Vivian Banham of Cantine restaurant at Avenue and Davenport said Winterlicious is a great way to get people out during the cold winter months.

“This is the slowest times for restaurants,” said Banham. “Winterlicious gives us a lot of business.”

Since its inception in 2003, Winterlicious, and its sister summer festival Summerlicious have served 4.3 million meals, and has generated $190 million in economic activity.

With more restaurants participating than ever before, there really is something for everyone at this food festival. Here are the top ten Winterlicious picks from Humber News.

Bannock has been offering its twist on Canadian comfort foods since 2012, and you shouldn’t miss this chance to try it out. The $25 dinner menu includes choices such as pork shoulder and gnocchi. The only drawback of this Winterlicious pick is that their poutine is not offered on the prix fixe menu.

Canoe is widely considered by food critics to be one of Canada’s best restaurants, so Winterlicious is a great time to criticize it yourself. Leave your veggie friends at home, as its prix fixe does not have a vegetarian option.

Cantine is our pick for best returning restaurant to Winterlicious. This cozy restaurant is great for a romantic date, a family dinner, or a night out with friends. The prix fixe has a huge variety of options to choose from for $25.

Fred’s Not Here is your best bet for the meat lover in your group. This steakhouse has a lot of different options, including strip steak, prime rib, and lobster. There is also a veggie option for those vegetarian friends who insist on tagging along to the steakhouse.

Momofuku Noodle Bar is offering its famous ramen plus appetizer and dessert for $25. If you visit for lunch, you can try the life changing pork buns. Take your trendiest friend to this celebrity favourite.

Pan on the Danforth is our token east end pick. The east end is a bit under represented in Winterlicious, but this spot has a lot of classic Greek fare to choose from including chicken souvlaki, calamari, and moussaka.

Pizza e Pazzi is our pick for best pizza. You can choose between a bolognese, margherita, or calzone at this St. Clair west pizza parlour, and you’ll also get an appetizer and dessert for $25.

Stock restaurant is one of Winterlicious’ best deals, as it’s typically one of the most expensive restaurants in the city. It’s on the highest end of the prix fixe at $45, but with one of the appetizers costing almost $20 on the regular menu, you are still getting a great deal.

Tabülè is a great choice for any vegans or vegetarians. Rather than the standard and stale tofu dish for the token vegetarian, Tabülè offers a wide variety of veggie dishes, including lentil soup, falafel and fried eggplant.

Trevor Kitchen and Wine Bar is a great pick for anyone worried about their carbon footprint. Trevor’s $35 dinner features many different local options, including a crispy duck confit, and herb roasted chicken with macaroni and asiago cheese.

Be sure to make your reservations soon, as Winterlicious spots fill up quickly. Check out their promo video below.