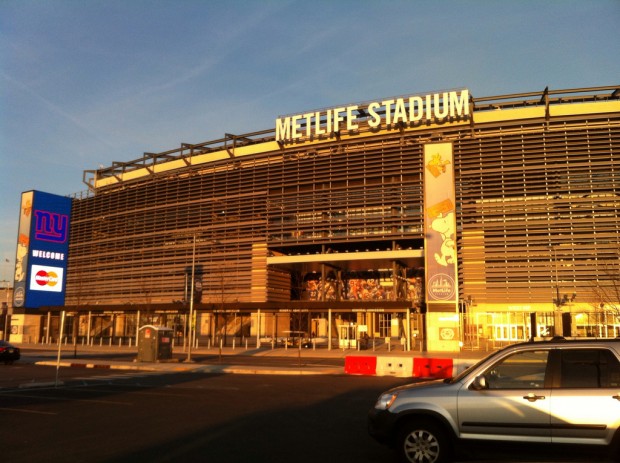 As Terrell Owens would say: get your popcorn ready! Super Bowl XLVIII is just around the corner.

The big game features a clash between the Denver Broncos and the Seattle Seahawks. Humber News has gathered the top storylines heading into this Sunday’s showdown.

Veteran sports writer and broadcaster Jim Lang has covered many Super Bowls through his career. He spoke with Humber News to share his insight on what to expect during the epic event.

“The major theme is Peyton Manning, and can Denver’s offensive line, led by Toronto’s Orlando Franklin, protect him.”

The Broncos are propelled by 37-year-old future Hall of Fame quarterback Manning. He led Denver to become the league’s best offense by breaking NFL regular season records for most touchdown passes with 55 and most passing yards with 5,477.

Manning is blessed with a litany of top receivers including Wes Welker, Eric Decker, and 2014 Pro Bowler Demaryius Thomas, whose mother and grandmother will be watching him play in his first Super Bowl from their prison cells.

Franklin told the Toronto Sun’s Mike Zeisberger that his road to the Super Bowl was “100% for Toronto . . . I can think of nothing better than to bring back a Super Bowl title up to Toronto.”

“One of the key factors of this game is the ability of Seattle’s defense,” Lang said. “Can they get to Peyton Manning, and disrupt his rhythm, and get him out of his comfort zone, and slow down that amazing passing attack of the Broncos?”

The Seattle Seahawks are anchored by their number one ranked defense. Pro Bowl cornerback Richard Sherman has helped Seattle lead the league in take-aways. His incredible interception in the NFC Championship game helped seal the deal for Seattle. Sherman’s play was only overshadowed by his outrageous post-game interview with Fox Sports’ Erin Andrews.

Seahawks head coach Pete Carroll told the New Jersey Star-Ledger that their plus-20 turnover margin has become the focus for the team, particularly during practices on ‘Turnover Thursday.’

“Turnover ratio is the most compelling stat there,” Carroll said Thursday. “It’s the number one emphasis in the program. It’s turned out well for us this year. It’s so important that we dedicate a whole day to this factor.”

Seattle will turn to 25-year-old quarterback Russell Wilson. The second year starter has defied the odds surrounding his relatively short five-foot-eleven stature to lead his team to the NFL’s grand finale.

America’s greatest sporting spectacle will be held at MetLife Stadium in New Jersey. One of many firsts for this year’s big game.

The Weather Channel‘s current forecast calls for above zero temperatures for kick-off, despite much lower temperatures in the last few weeks. The mercury may dip below the freezing point throughout the night.

Lang told Humber News that the cold weather should be of benefit to Seattle with their impressive running game and shut down defense.

“If it [the weather] surprises us, and there’s wet snow or rain, well, that could be a big effect, and that helps Seattle a lot,” Lang said.

Regardless of the forecast, Lang expects Seattle to emerge victorious by taking a page out of old school tradition and utilizing their running game with smash-mouth football.

“I believe Seattle’s going to win 24-20 and this is how they’re going to do it,” Lang said. “They’re going to pound Marshawn Lynch on the ground time and time again. Long drives, chew up the clock, run the ball, safe passes, bootlegs runs with Russell Wilson and really wear down that Broncos defense.”

Lang asserted the key to victory for Seattle is keeping Peyton Manning on the sidelines. “He can’t beat you if he’s sitting on the bench.”

The game will feature the top teams from each conference for only the second time in the past 20 seasons.

If you’re not into football but enjoy the entertainment associated with the big game, don’t forget to tune in for the halftime show. Bruno Mars and the Red Hot Chili Peppers will try to bring some heat to fans at the frigid field.

You’ve got plenty of time on Sunday to prep your chili as coverage begins at 6 p.m. ET on CTV.

LISTEN: Jim Lang of 106.9 FM The Region speaks about this year’s Super Bowl: