Pig virus poses no problems for our pork 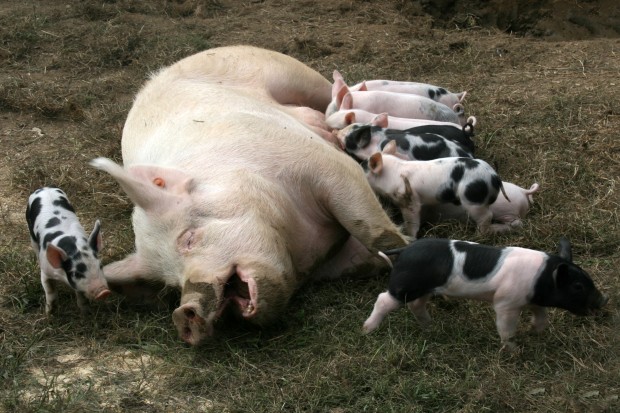 The pig virus that hit Ontario this week is deadly for pigs but safe for human consumption.

The virus PED or Porcine Epidemic Diarrhea has been circulating in Europe since the 1970s.

It has been in China previously and hit the U.S. this past year.

Communications Advisor for the Ontario Ministry of Agriculture and Food, Susan Murray says the virus only affects pigs, no other animals or humans and does not affect food. She emphasizes that pork is still safe to eat.

Veterinarian Douglas McDougall has been a vet for 36 years and says that here in Canada they are working aggressively to understand where the virus came from and how exactly to contain it.

He confirms that this virus is an intestinal infection and does not impact food safety in any way. He also says the likelihood of this virus adapting to harm humans is slim to none.

“It is a pig diarrhea disease that can clear up and the meat and the food is completely safe. It is exactly the same as a human who gets an intestinal flu. It does not reside in the body or meat”

Dr. McDougall works at the Southwest Ontario Veterinarian Services who focuses primarily with swine. He says the virus is highly contagious and is spread amongst pigs through fecal contact.

Despite the consistent trade with our neighbours in the U.S and their exposure to PED before ours, Canadian hog farmers were being warned and some have been preparing for the virus.

Murray says the biosecurity of Ontarians is the reason we have not seen this virus until now.

“Biosecurity is essentially a barrier that can keep things in or out,”  said Murray. “So in this case producers want to protect their pigs, so they want to keep any biological agent that may harm their pigs away from them.”

On a basic level, “making sure people are not sick when they come see the pigs, that equipment has been cleaned and sanitized, that boots have been cleaned or changed so viruses are not being tracked around.”

One of the challenges with treating the PED virus is it can live for a long time and it thrives in cold weather.

Murray says that what makes this hard on the pigs right now is that we have a naive population because they have never been exposed to this virus before so there immune system is weak to it.

The Chopping block is a local butcher in Toronto’s Beaches neighbourhood and they are not concerned with a drop in business. Manager Jimmy McAleer says swine flu and mad cow didn’t affect their sales in the past.

“It has not had an impact on business so far so I do not predict it will in the future.”