Millions in funding provided by Ontario for e-learning 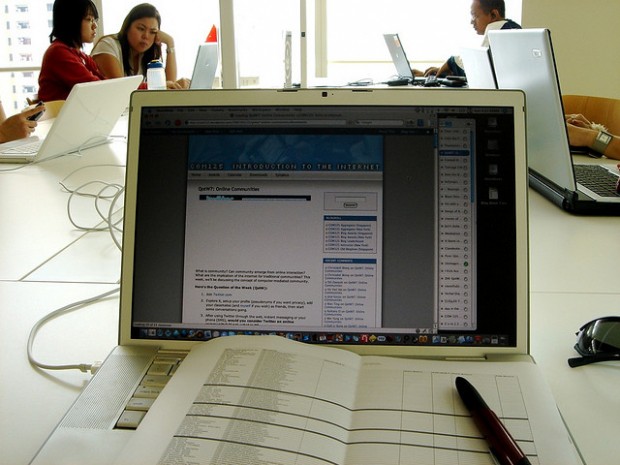 Post-secondary students in Ontario will soon have more online courses to choose from. Photo by Kevin Lim

The Ontario government is providing $42 million over three years to start up a website offering students access to transferable post-secondary courses, according to a Ministry of Training, Colleges and Universities news release on Monday.

The new resource called Ontario Online will let students enrol in online courses offered through schools other than their own. Students can receive credit for these courses as they would for any other.

“Ontario Online will help make our province a leader in e-learning and will expand access to a world-class education for our students,” said Brad Duguid, Minister of Training, Colleges and Universities in the news release.

The website will also feature best-practice information from post-secondary schools around the province to help colleges and universities develop their own e-learning courses.

Colleges Ontario, an advocacy group for colleges in the province, is supportive of the initiative.

“The colleges are excited and pleased with the announcement from the government, this is a good step forward,” said Karen Horsman, a Colleges Ontario spokesperson.

Horsman noted Colleges Ontario has been vocal about the need for funding to support online college courses and that discussions with the provincial government on the subject began in summer 2013.

She said Ontario students have demonstrated an “appetite” for online courses and she thinks one of the reasons for this is the scheduling flexibility they offer.

Linda Franklin, President and CEO of Colleges Ontario, said, “the growing need for a way to study at home and learn without travelling” is one reason for the demand.

She also said because so much of young peoples’ lives are spent online, the influx of students looking to the Internet for post-secondary education makes sense.

At Humber College, the number of courses offered online has been increasing.

However, while more and more courses are appearing on the web, Clay MacDougall, Humber’s Deputy Registrar, said it’s not a matter of “throwing everything up on the wall and seeing what sticks.”

“It’s a matter of saying when does it make sense to us as an institution – and academically – to put these courses online, because it doesn’t fit everything.”