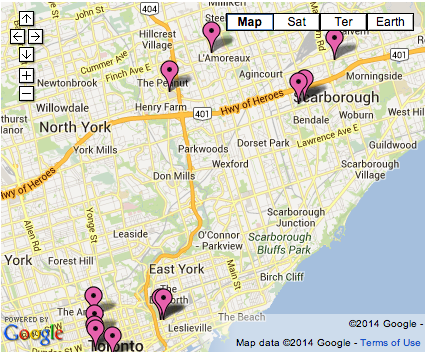 Today is the first day of the year of the horse in the Lunar calendar. While most people still call it the Chinese New Year, it is in fact the Lunar New Year and is celebrated by not only the Chinese but also the Korean and Vietnamese.

Since the year is measured in lunar months, the dates of the start of the year vary but it generally lands at the end of January or the beginning of February on the Western calendar.

Celebrations usually go on for the week before and up to two weeks after. In Toronto there are many events being held in different parts of the city, everyone is invited to attend and join in the fun, food and traditional customs.

Most of the events can be found in Chinatown downtown  on Spadina and also in the Broadview/Gerrard Area, considered the east-end Chinatown. The Agincourt area in north Scarborough also has a handful of events at local community centres and malls.

Take a look at the map below to find a place to celebrate.