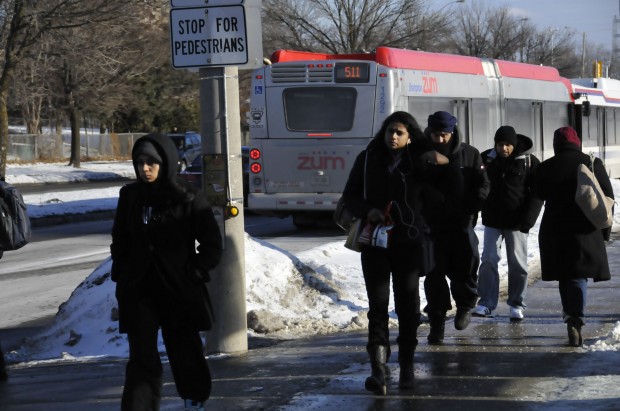 The polar vortex strikes back.

Southern Ontario will be gripped by another deep freeze as dense arctic air threatens to deliver temperatures that could hit -30 with the wind chill.

City News meteorologist Adam Stiles says that as the polar vortex approaches we can expect temperatures significantly below the seasonal average for the duration of the week.

This new threat leaves many wondering if our infrastructure can take another beating. Officials say the ice storm aftermath could cost up to $106 million for Toronto alone.

Jet stream is heading south which means another round of chilly temps for central/eastern Canada over next few days: pic.twitter.com/wDwpkF1uwV

Although the ice storm and previous Polar vortex seemed to be the climax of a chilling horror story, this resurgence is a rude reminder that we still have two thirds left of winter.

Chris Scerri is the co-owner of Canadian Outdoor Equipment Company, a store catering to survival enthusiasts and Bushcraft connoisseurs.

Scerri says this weather has brought a lot of volume into their store in Mississauga, a lot of which are new customers.

“Our biggest sell is thermal wear,” said Scerri. “The best thermal layer you can have is wool. The absolute best is Merino Wool, it doesn’t itch.”

“It doesn’t create odor, and the biggest plus is that wool will keep you warm even if it’s wet.”

Adam Stiles says that when the wind-chill is in the -40 range, it takes about a half hour to ten minutes for frostbite to set in.

Scerri advises that preparation is key during severe weather and to tell people where you’re going.

“It’s a great idea to have a kit in your car,” adds Scerri. “First aid, a wool blanket, extra dry base layers and candles because batteries tend to die quicker in the cold”.

When the previous polar vortex waged war on North America in early January, airports experienced severe delays as the process of de-icing of planes and runways overwhelmed crews.

Pearson International Airport is advising travelers to check with their airline for updates before heading out.

The city of Toronto has also issued an extreme cold weather alert in preparation for the deep freeze.

When an alert is triggered, the city adds 26 shelters to increase services for the homeless according to a news release.

Overnight street outreach is also increased in the downtown core to promote safe practice in these frigid temperatures, as well as urge people into shelter if possible.

TTC tokens are available at some drop-ins so people can get to shelter.

The city of Toronto also says that if you see someone who you think requires assistance to call 311.