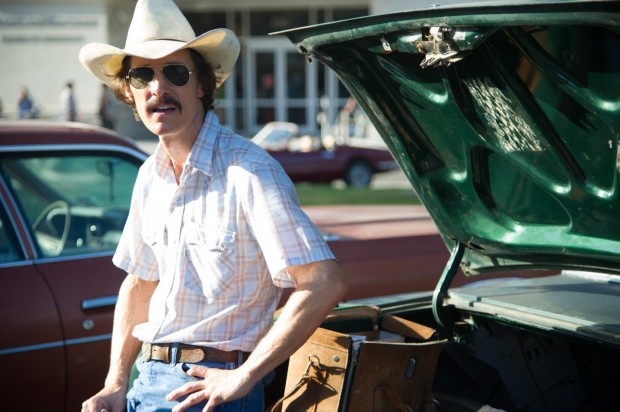 Highly acclaimed film Dallas Buyers Club, directed by Canadian Jean-Marc Vallée, has been nominated for another award: Outstanding Film, this time by the Gay & Lesbian Alliance Against Defamation’s Media Awards.

The GLAAD Media Awards recognize “fair, accurate and inclusive representations” of LGBTQ communities and the issues that affect their lives, according to their website.

Vallée’s film won two Golden Globes earlier this month, and is up for six Oscars, including Best Film.

“The greatest significance of a show like the GLAAD awards is to draw attention to what we feel are good representations of LGBTQ people, and by good I mean accurate or rich representations,” Paul Gendreau, a member of the Gay and Lesbian Entertainment Critics Association, told Humber News from Los Angeles.

Another nominee in the Outstanding Film category, The Mortal Instruments: City of Bones, features Canadian actor Kevin Zegers’ portrayal of a gay character. BBC TV series, Orphan Black, nominated for Oustanding Drama Series and shot in Toronto, adds to the Canadian content of the awards show.

But Andrew Murphy, programming director for the LGBTQ film festival Inside Out in Toronto, said he would like to see more Canadian content.

“It seems in Canada a lot of the involvement is behind the scenes, in production and writing, for example, but they air in the US or overseas.”

Murphy said the quality of LGBTQ-focused films has been improving in recent years by moving away from single-facet narratives, such as coming out stories, and depicting stories that are integrated with broader life.

“You always want to see more integration of LGBT characters in real-life portrayals. There are more trangender narratives, for example. I think we’ve come a long way.”

Gandreau points to Modern Family, also nominated for a GLAAD award, as an example of integrating real issues.

“They’ve done a good job showing what a gay married couple are like. They’re rich characters and defy stereotypes.”

Gendreau also said that LGBTQ portrayals are becoming more varied, reflecting the reality of their lives.

“Speaking for gay and lesbian people I know, they run the gamut: they’re fashionable and unfashionable people; we’re very nerdy and hip; we’re leather sex freaks, and we’re modest. When I critique a film I allow a wide berth for how I think people should be portrayed, because they can be all of those things.”

The GLAAD Media Awards will be announced in two parts: Los Angeles on April 12 and New York City on May 3.