Canadian dollar weakness has its benefits 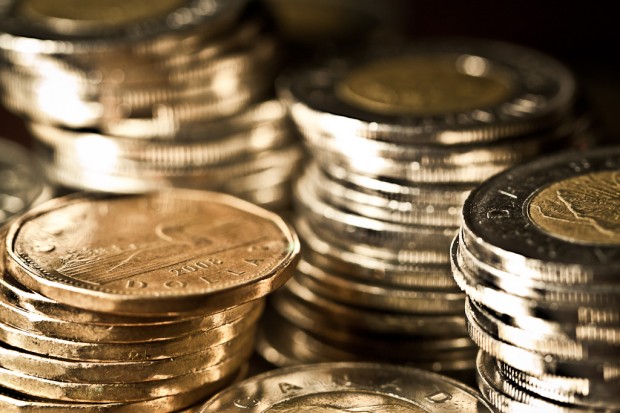 The Canadian dollar dropped below 90 cents on Thursday, its lowest value in over six years, but despite the negative attention, some analysts believe this is good news for our nation’s economy.

This is particularly true with our neighbour and largest trading partner, the United States, he said.

“Imagine they start building more houses again, who’s going to send them wood? We will.”

With the dollar depreciating and the International Monetary Fund expecting the U.S. economy to grow by 2.8 percent in 2014, there’s an opportunity for Canada to take advantage.

“We’re a commodity driven country. So, if our dollar is falling against the American dollar, and the U.S. is posting a recovery and looking at growth, we will be cheaper in terms of commodities,” Kraljevic said.

The loonie, as it’s known in Canada, plummeted Thursday morning to 89.35 cents US, the lowest value it has had since July 17, 2009. It has dropped nearly eight cents since Stephen Poloz took over the reins at the Bank of Canada last June.

The currency has seen a drop of over 4.2 percent in January and has been the worst performing major global currency in 2014.

Today’s fall of 0.46 of a cent came after Wednesday’s announcement by the Bank of Canada that interest rates would remain intact for the foreseeable future. In an attempt to dictate domestic policy, the government is allowing the dollar to tumble.

The Bank of Canada has turned its sights to low inflation numbers that illustrate the gradual slowing down of the Canadian economy. A new inflation forecast by the Bank of Canada predicts that its two percent growth target will not be met until 2016.

Despite all the gloom and doom associated with the Canadian dollar, Kraljevic said Canada is in an ideal situation to benefit from a growing U.S. economy.

“If your economy slows down, people who have overextended themselves start running into issues,” said Kraljevic. “By growing exports, we’re keeping jobs and avoiding a housing crisis.”

A cheaper dollar is great news for exporters whose prices will be more affordable on the global market. A boost in exports creates jobs and allows Canadians to have more money in their pockets to pump back into the economy.

The biggest benefactors of a weaker dollar are those working in sectors such as hospitality, tourism, manufacturing, mining, and forestry.

Any good or service that can be sold at a lower rate on the international market is expected to increase sales and improve Canada’s gross domestic product. An increased GDP means an improved standard of living for the country.

The downside to a weaker dollar is that Canadians may experience higher prices on a variety of imported consumer goods. It reduces imports due to growing costs of goods for Canadians. Any goods not produced in Canada, such as food, gasoline, clothing, electronics, and vehicles, will likely cost us more.

“Arguably more important than the value of the loonie is the signal it sends about the Canadian economy,” wrote senior vice-president and chief economist Glen Hodgson at the Conference Board of Canada in a report released last week. “Markets are betting that the Canadian economy will continue to underperform.”

The biggest concern with the underperforming Canadian economy is that slow growth might cause Canadians to hoard their money and spend less.

The Bank of Canada hopes that measures to reduce the value of the Canadian dollar will prevent deflation and spur new growth. As long as the U.S. market continues to rebound, there is plenty of opportunity for Canadian exports to thrive in the world’s largest economy.