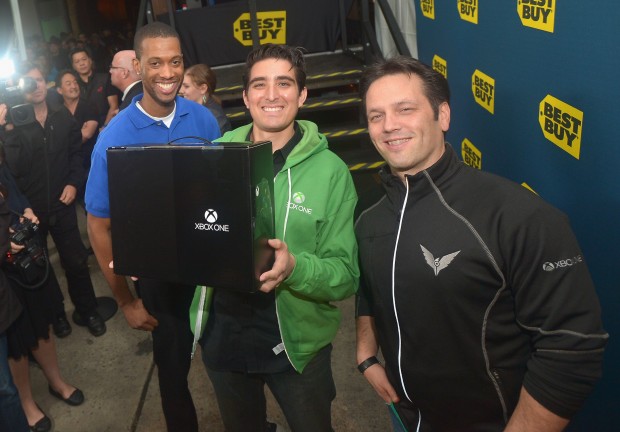 The battle is officially on for next generation video game supremacy with the launch of the Xbox One.

Microsoft has officially released the third gaming console in the Xbox family, exactly one week after rival Sony released their fourth console, the PlayStation 4.

Sony has set the bar high for Microsoft after the PlayStation 4 sold a million copies in North America on its first day on the shelves.

While the PlayStation 4 has received largely positive reviews for a new video game console, Microsoft is marketing the Xbox One as a one-stop shop for everything in entertainment.

In a statement on the launch of the Xbox One, Microsoft said the console has a lot to offer.

“We believe a truly next-generation system must deliver not only incredible games but also all of the entertainment you love in one device,” said Yusuf Mehdi, corporate vice president of Marketing, Strategy and Business, Xbox. “From your favorite games, to the hottest TV shows, movies and music, to surfing the Web, to Skype conversations with your family and friends, only on Xbox One can you instantly switch between all of your entertainment and snap them together — all with the sound of your voice.”

Alex Judge, an employee at Clearpath Robotics, owns both the PlayStation and Xbox consoles and plans to get the Xbox One but notes many of the entertainment features on Xbox One aren’t available to Canadians at launch.

“I’d say the full entertainment system is definitely beneficial, but (it is) unfortunate that many of the options are only available in the US, such as Hulu,” said Judge.

What will draw gamers in to the Xbox are the exclusive games Xbox One has to offer.

Another benefit Xbox One offers gamers is their online gaming experience. The PlayStation online platform had been free of charge, leaving Sony unaccountable for quality of play. PlayStation is joining Xbox in charging its online useres, but the Xbox’s over decade-old online platform has been revamped and improved for the Xbox One.

“Thanks to the power of the cloud in more than 300,000 servers, Xbox Live on Xbox One makes gamers better,” said Microsoft in a press release. “The multiplayers experience has evolved to include features such as Smart Match, which fins the perfect match for you and is supported by a new community powered reputation system.”

“I feel that Xbox provides me a better experience,” said Judge. “I feel online is more competitive, which I enjoy, and things like the dashboard appeal to me.”

Gamers will take sides on their console of preference, but ultimately in the business world the sales will tell the story.

Judge said he will be going with the Xbox for the reason of “comfort,” which ultimately will likely be the main reason for many gamers choice.

Regardless of the console of choice, the next-generation gaming systems will be a hot ticket item this Christmas.