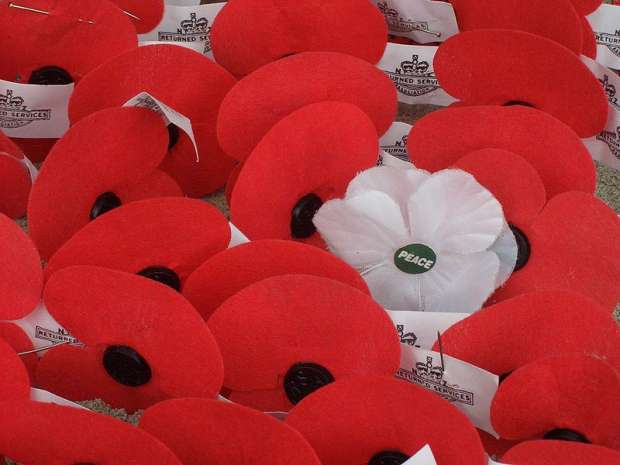 Veteran groups told Humber News on Thursday that wearing a white poppy instead of a red one on Remembrance Day  is not the right way to honour Canada’s war heroes.

Steven Staples, President of the Rideau Institute, which promotes wearing the white poppy says “Were not doing a white poppy campaign.  We’re doing a peace campaign.”

Just like the red one, the white one has a pin, but it also has a slogan ‘I remember for peace.’

“I think some people may not like it because they want to keep the focus very narrowly, according to them, on just the deaths,” says Staples.

“I think the white poppy kind of incorporates that but tries to also assert a meaning to it all and remembering the horror of war and the responsibility of everybody to work for peace,” says Staples.

Dave Gordon, Executive Director at the Royal Canadian Legion says the white poopy is offending veterans “because it’s not recognized as a symbol of remembrance.”

People wear the red and white poppy at the same time, says Staples.

When asked if people should wear both of them Gordon says flat out “no.”

“Its mainly the slogan which is a personal statement and an opportunity for people to say that yes, I as a person, as a Canadian I remember the sacrifices of people in the past and in order to keep that memory I wanted to continue to work for peace,” says Staples.

A poll that was conducted last year by the Rideau Institute found that half of millennials – people born between 1980 to early 2000’s weren’t going to mark Remembrance Day, says Staples.

When asked about the meaning of Remembrance Day “most people of course said “the people who died in the wars” but three out of four people say that to work for peace was the second most important thing, Staples tells Humber News.

Check out the Storify below to see what others have to say about the topic.