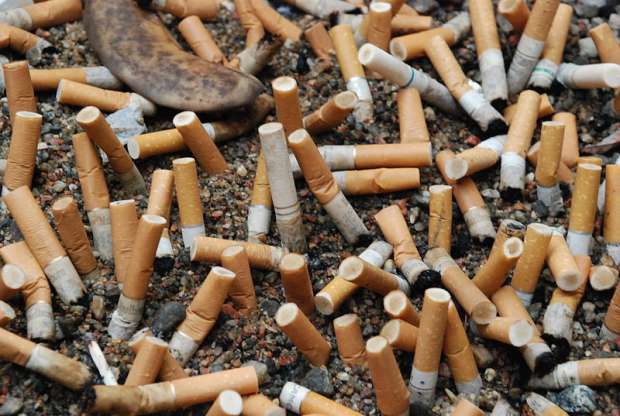 Vancouver has launched the first cigarette butt recycling pilot program in the world.

The program officially began Tuesday, with 110 recycling receptacles installed in various parts of the city.

TerraCycle Canada, a Toronto-based business, is one of the companies involved in the six-month trial run.

“Cigarette butts are the number one most littered item in the world and in Canada, so it’s not just a waste issue, it’s also a litter issue,” Purewal told Humber News.  “It’s all about keeping our streets clean. Our objective is to get them off the streets and landfills.”

“We are partnered with United We Can, and they are going to be receiving the waste from the receptacles and sending it to us,” she added.

According to TerraCycle, the cigarette butts are recycled by a team of scientists and designers, and created into new products such as plastic pallets. Any remaining tobacco is re-worked into tobacco composting.

EMBERS is another company that has agreed to work on the pilot project.

Marcia Nozick, CEO of EMBERS, said the company provides temporary transitional work to individuals in the city of Vancouver through social enterprises.

“When this project came up, TerraCycle contacted us, we were involved in the construction, and our job was to install the receptacles. If the pilot project proves to be worthy, the intention is to roll this out across the city and create more employment,” Nozick said.

The issue of cigarette butt litter in Toronto was brought to council earlier this year.

Several councilors acknowledged that it is a problem and asked city officials to find a way to clean the cigarette butts in the streets, but no further plans have been put in place.

“I think Toronto should definitely consider a program like this to reduce cigarette butt waste,” Alfred said. “Cigarette butts are made of plastic so they’re not biodegradable, and they’re a very persistent and pervasive form of waste. Cigarette butts on the street get washed down the storm drains and end up in our rivers and in Lake Ontario.”

The city of Vancouver is paying close to nothing for the project. There is a low fee of $1 per receptacle, and TerraCycle is covering the cost of shipping the cigarette butts.