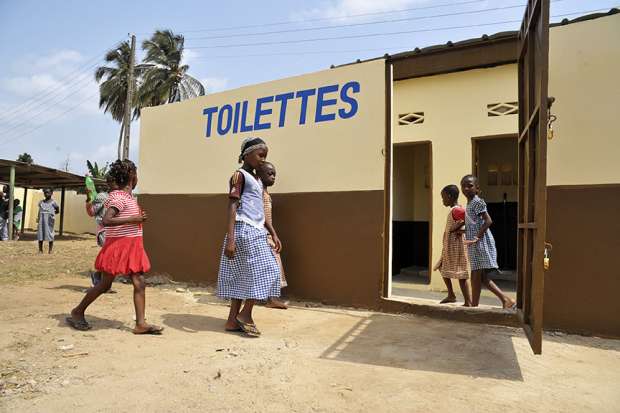 The United Nation’s inaugural World Toilet Day is Nov. 19. Its goal is to raise awareness of basic sanitation needs around the world.

The General Assembly passed a resolution in June to create the day of awareness, a senior advisor for sanitation and hygiene with UN told Humber News.

“Around 2.5 billion people don’t have access to improved toilets,” Therese Dooley said. “That’s almost a third of the global population, so we’re talking about a problem at a huge scale.”

Dooley said having basic sanitation facilities – defined as a toilet and running water – reduces diarrhea-related deaths by about 88 per cent. For example, 1,600 children under the age of five die each day from diarrhea alone right now, Dooley said.

“If we improve access to basic sanitation and water we would cut that down by 1,400. That’s 20 school buses filled with children, every day.”

Basic sanitation improves a country’s GDP, as it keeps citizens healthy and productive, Dooley said, as well as bolstering some industries like tourism. But there’s a human dignity and privacy element to improving basic sanitation facilities in developing countries as well, she said.

“For girls, they need more dignity and privacy when they start menstruating, particularly if they’re going to a public school.”

Dooley said 50 per cent of schools in the developing world do not have separate facilities, or have no facilities at all.

A press release from the secretary general of the UN, entitled “Message on World Toilet Day”, said, “When schools offer decent toilets, 11 per cent more girls attend. When women have access to a private latrine, they are less vulnerable to assault.”

Melanie Gallant is a spokesperson for Oxfam Canada, an international humanitarian relief organization. She told Humber News that World Toilet Day is important in raising awareness of water-borne diseases that result from a breakdown in basic sanitation.

“If you have people defecating out in the open, that can make its way into the water supply. Then you get bacteria that cause a whole plethora of diseases, like cholera and diarrhea, for example.”

Gallant said right now Oxfam is focusing on relief efforts in the wake of Typhoon Haiyan in the Philippines.

“The devastation in the Philippines shows what can happen when basic sanitation is non-existent. We’re fighting hard to prevent a second humanitarian disaster in the form of water-borne diseases.”

Living in a developed country, it’s difficult not to take basic sanitation for granted, UN adviser Dooley told Humber News. But more than that, World Toilet Day aims to break down the taboo of discussing the topic, she said.

“One of the main ways those who are privileged can help, is to actually talk about the subject, understanding that it is a social issue, that it’s about social change. And to understand the link between sanitation and overall development.”